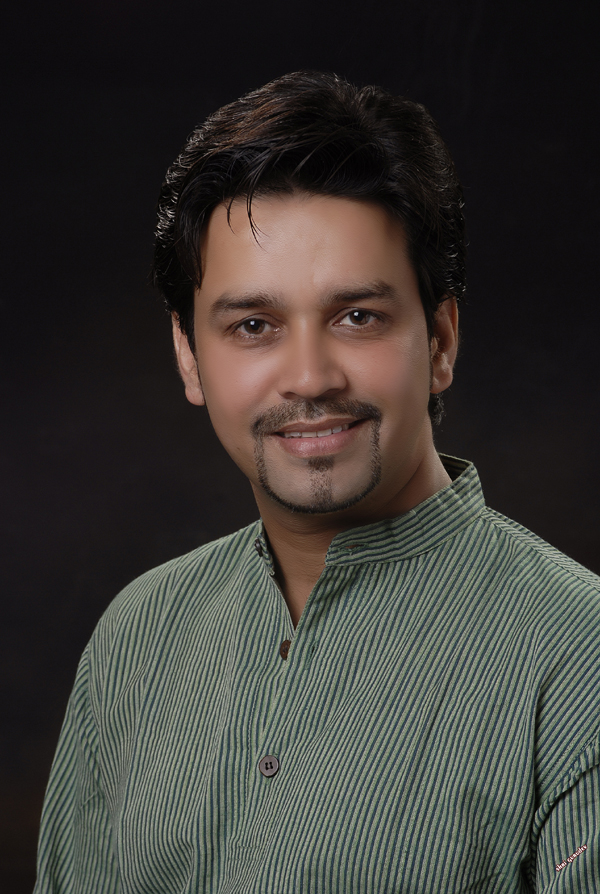 He is enthusiastic, dedicated, committed young M.P. political figure from Hamirpur Constituency, Himachal Pradesh. He became the youngest President of Himachal Pradesh State Cricket Association at the age of 25; youngest national selector at the age of 26 years in the year 2001 to select Indian Junior Cricket Team Yes, your guess is right he is Anurag Singh Thakur. He is the son of Himachal Pradesh Chief Minister Prof. Prem Kumar Dhumal. He believes in hard work, honesty and devotion. Recently in an interview he shared his following views.

Dogra: What are the major draw backs of the state?

Anurag: Non-Employment, Farmers having less agriculture land, lack of Industries are the major draw backs of Himachal Pradesh. These problems are still on the card after 62 years of independence. Although it got statehood recognition in 1971 but no attention was paid by the central Government.

Dogra: Any achievement of the state, please explain.
Anurag: Our state is on top position in the field of education, IT and lot tourism potential.

Recently, we have won prestigious â€œGolden Peacock Awardâ€ also. This shows that the state is progressing a lot.

Youth should come forward to reduce corruption and pollution .

Dogra: Your previous achievement in cricket game.
Anurag: I was the captain of U-16, U-19 of Punjab State team and North Zone team. I was the youngest President of Himachal Cricket Board Association at the age of 25 years only.

Dogra: Being the President of Himachal Cricket Board Association, what is special contribution for the cricket lovers?

Anurag: We have started to work on a project of fifty crores rupees. In which twelve sports stadiums in every districts will be constructed, three stadium are already under construction. These stadium will have state of the art infrastructure for sports like basketball, volleyball, Wrestling, Weightlifting, Table Tennis, Tai Kwan do and Judo, etc. besides Cricket Ground. This development will automatically produce international sportsperson from the state.

Dogra: What are your priorities?
Anurag: My first priority is to make our new generation more self dependent. I want to utilize the maximum natural resources, the degrading land can be used for herbal plantation, we are giving 80% subsidiary on Green houses, small scale industries to motivate the upcoming generation. H.P.M.C. products may be promoted in the railways, Govt. airlines, Hotels etc. In the lower part of the state, monkey destroy the fruit and crop production. We are very serious to stop it and sincere efforts with positive result will be seen very soon.

(The interview is conducted by S.S.Dogra – Managing Editor of Dwarka Parichay.)