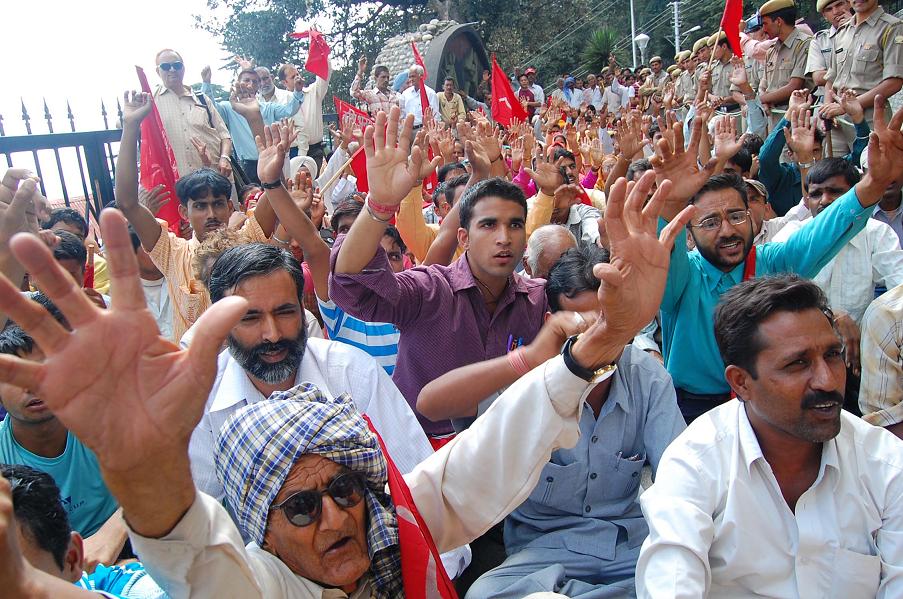 Activists of Communist Party of India (CPI) and farmers hold a state wide protest over price rise in front of Vidhan Sabha in the northern hill town of Shimla on Monday, 24 August 2009. The country is facing the worst drought in more than two decades with the grim prospects that prices and interest rates may rise while farm output GDP growth could take a knock this year. The sowing of kharif crops has dropped 20 per cent and as many as 161 districts, across the country have been declared as drought-hit. India’s wholesale price index fell in the year to August 8 for the tenth week in a row, but drought-like conditions continued to push up food prices and broader inflation is expected by economists to rise sharply in coming months.