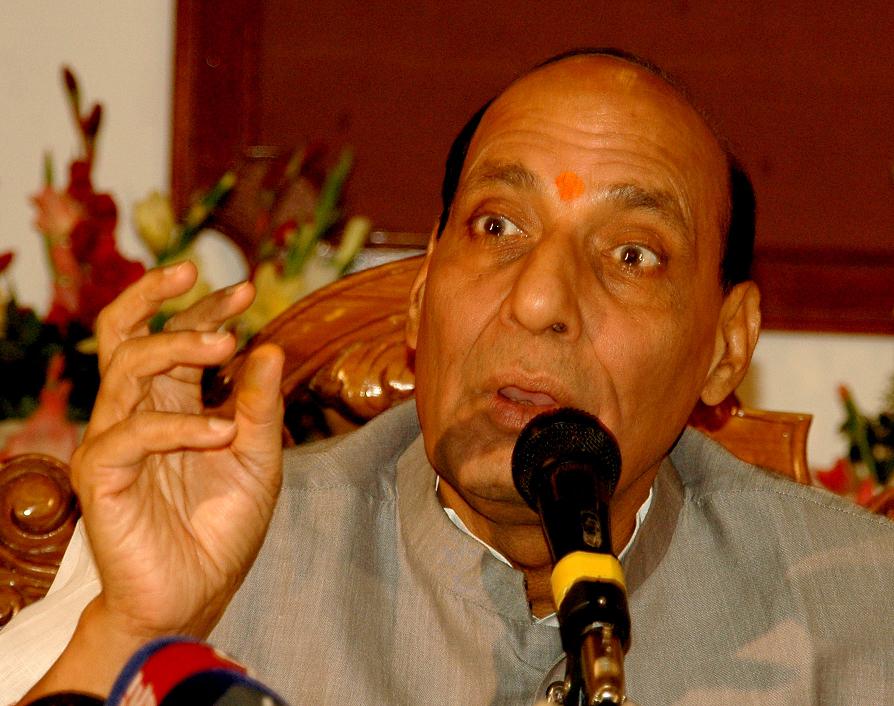 Shimla: Having deliberated for three days at the Chintan Baithak, BJP on Friday here reiterated that LK Advani would continue to lead the party. With president Rajnath Singh holding himself responsible for the defeat in the elections said â€˜the road aheadâ€™ for resurrecting the party was chalked out.

Adressing the media he said that the leadership felt that it was important that the party expand its base both geographically and socially.

Following the Chintan Baithak meet, a meet of general secretaries and other senior leader would be held to plan out a road map expanding the party base, he said. The plan would be presented at the national executive to be held in September â€“ October.

At the outset, he said, â€œAdvaniji would continue to lead the party as he is our leader.â€

Swearing by the ideology the party holds, he said â€œwe stand committed to ancient cultural values and our ideology is non-negotiable.â€

In an oblique reference to having expelled senior party member Jaswant Singh without a notice, he said, â€œthere would be no compromise on indiscipline, what I have done, you have seen it.â€

About the political space the party is targeting Rajnath said that BJP should emerge as pro-poor, pro-farmer, pro-village and a pro-middle class party.

The leaders were unanimous in advocating a larger participation for party workers from weaker sections, scheduled caste and tribes, women and farmers for increasing the partyâ€™s appeal to these sections, he said.

â€œFrom ideology we are committed to cultural nationalism and integral humanism, which is both comprehensive and inclusive and where there is no scope for discrimination between individuals,” said Singh.

“A need for drafting the party ideology in a simple way so that it could be disseminated easily among the people was felt, he said.

Brushing aside a question over RSS chief Mohan Bhagwat having made his views known about the need for BJP to go in for a younger leadership, Singh said the party was inducting younger leaders for a long time.

In all the three day deliberations, expulsion of Jaswant Singh overshadowed the entire meet with party leaders from Advani to Jaitely finding a hard time to defend the hasty decision.