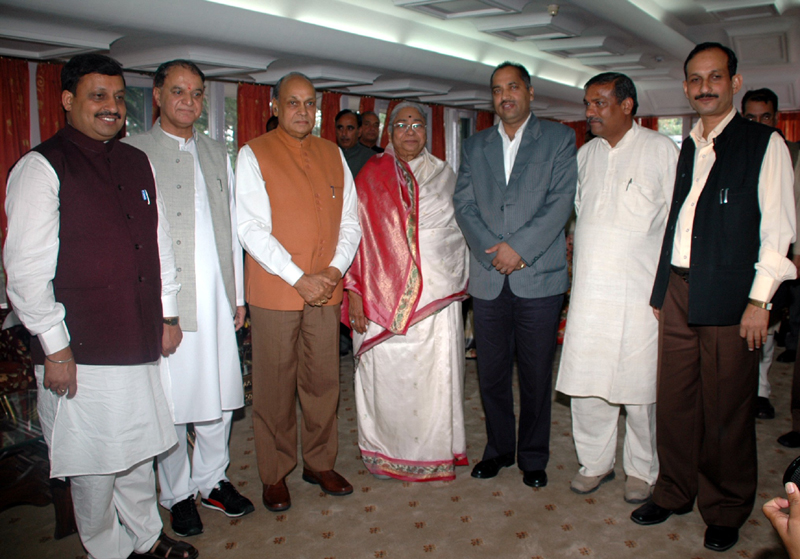 At a simple ceremony in the Raj Bhavan, the governor swore-in Jai Ram Thakur and Mohinder Singh as cabinet ministers. Besides the chief minister the function was attended by all cabinet colleagues, speaker Tulsi Ram and leader of the opposition Vidya Stokes.

Of the three CPS sworn in, Satapal Satti and Virender Kanwar are from Una district, and Sukh Ram Chaudhary from Sirmaur district. Neither district has a representation in the state cabinet.

Jai Ram Thakur, who as BJP state president was instrumental in bridging the factional divide within the party to wrest power from congress in 2007 general assembly elections, is a new entrant into the state cabinet.

Born on 6th January, 1965, Jai Ram Thakur is a third term legislator. He started his political career with ABVP in 1986, rising to head BJP Yuva Morcha, then as district president and was made state party president in January 2007.

Mohinder Singh a five term MLA was a minister in the BJP – Himachal Vikas Congress coalition government that ran its term in 1998-2003 with Dhumal as the chief minister.

Inducted as a minister from HVC, a regional party that was floated by Sukh Ram, the former communication minister, Mohinder was dropped as PWD minister mid-way in the term as ties between the coalition partners turned cold.