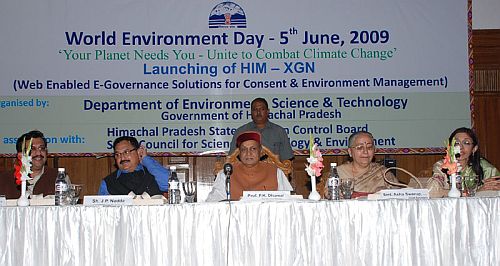 After seeing the success of XGN in Gujarat, a team of IT professionals led by Harish Advani, Technical Director, NIC Gujarat, developed HIM-XGN for Himachal, which is implemented today. HIM-XGN is a web enabled E-Governance Solutions for Consent and Environment Management. This system has 15 modules out of which 13 have been made functional. 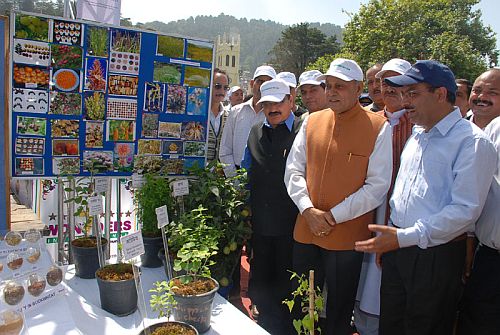 Chief Minister, Prof. Prem Kumar Dhumal, presided over the function and said that from 15th August, 2009, complete ban on polythene bag will come into force. Also all types of polythene bags will not be used in the State from 15th August. Himachal Pradesh was the first State in the Country to ban use of recycled polythene bag earlier, he added.

The Community Assessment Awareness Advocacy and Action Programme about Environment is also made effective from today and apart from these schemes Himachal has taken numerous initiatives to make Carbon Neutrality and environment protection as common man’s agenda. Dhumal also said that the spin-off effect of this endeavor would also help improving the Carbon Foot Prints by savings papers, fuel, mandays lost otherwise in the existing procedures and lead us towards the cherished goal of carbon neutrality.