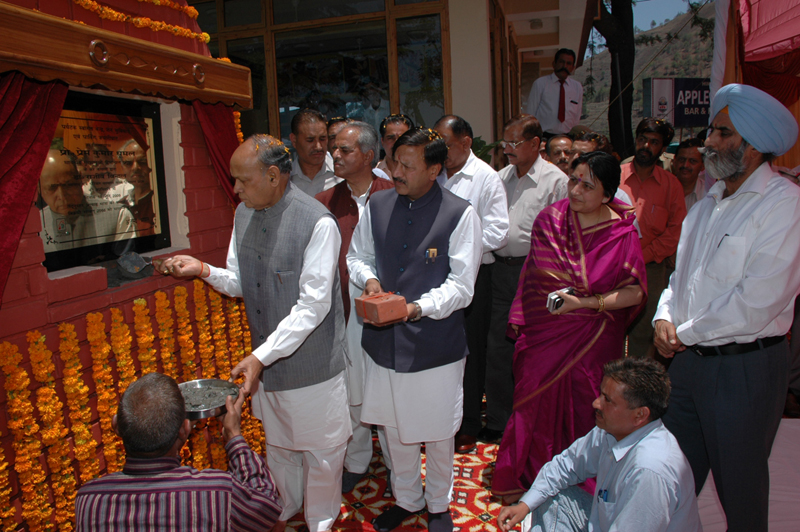 Shimla: Faced with congestion in the existing tourist destinations of Shimla and Chail, the Himachal government decided to construct a tourist reception center at Kiarighat, near Shimla, the foundation stone for which was laid by chief minister Prem Kumar Dhumal, today.

The reception centre, which would include other wayside amenities would be constructed at a cost of Rs 1.60 crores, said a government spokesman. An amount of Rs 4.80 crore has been sanctioned for development of wayside amenities for Chail, he added.

Dhumal also did lay the foundation stone of a tourist information centre and district tourism development office complex in Solan for which Rs 1.30 crore would be spent. The central government has sanctioned Rs 4.20 crore for Solan circuit.

Speaking on the occasion, chief minister said that tourism infrastructure development was in progress and various circuit and destination development programmes were under implementation.

Solan happens to be the gateway to the state capital and other adjoining destinations. Efforts were being made to upgrade the roads, wayside amenities and other facilities along the route, he said.

On the occasion Lions Club, Solan handed over the keys of a modern ambulance to the chief minister for providing services at the district hospital. A draft of Rs 2 lakh was also presented towards the Chief Minister Relief Fund on the occasion.