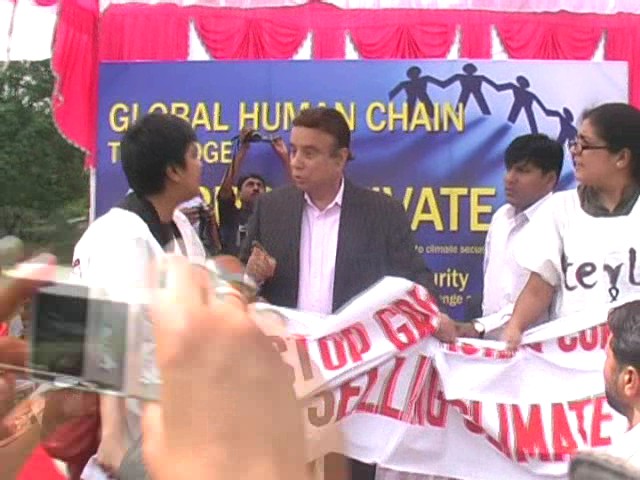 PALAMPUR: Twenty activists representing environment and social action groups today barged into the World Environment Foundation’s (WEF) opening ceremony of the ‘Global Convention for Climate Change‘ being held at the Palampur Agriculture University grounds with posters and banners screaming “Stop greenwashing corporate crimes” and “Stop selling climate change“. The activists were protesting against the WEF’s Golden Peacock award to the Vedanta Alumina Limited for its refinery in Lanjigarh Orissa. The protesters gathered in front of the stage after a tussle with the organisers and managed to seize the stage microphone, and highlight the various environmental crimes and human rights violations that the company has indulged in not just in its Orissa project but other project sites across the country. 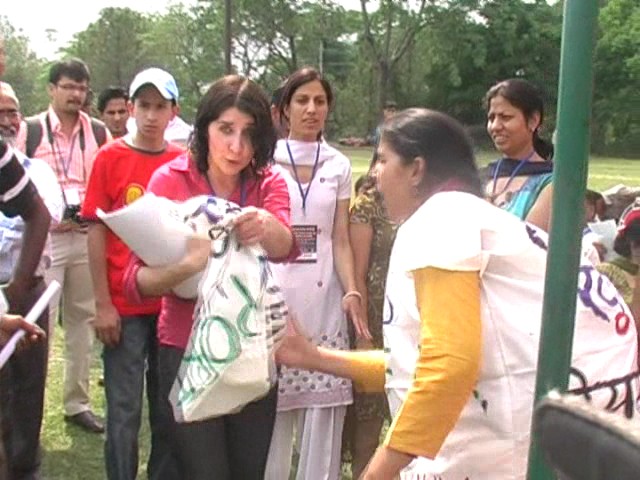 The activists briefed the Tibetan Prime Minister in exile – Samdhung Rinpoche, who was present as a Chief dignitary at the function about the national campaign that has built up against the company and the devastation caused by the company in Orissa. He immediately walked out of the venue at this point. Subsequently, hundreds of children from schools in Palamapur, present at the ceremony, who cheered as the protest gathered momentum, also left the venue. Delegates of the conference at the venue were also given pamphlets as well as the letter written to the jury, endorsed by more than 170 organizations, asking for the withdrawal of the Golden Peacock to Vedanta.

In January 2009, WEF withdrew the Golden Peacock Award given to Satyam Computers, literally days before the company submitted its fraudulent balance sheet to shareholders. â€œWe do not expect any integrity from the organizers of the Golden Peacock Awards. However, many of the jury members are persons of good reputation and integrity. We are concerned that your decision may have been arrived at in the absence of full information. We would also like to give you an opportunity to review some disturbing information regarding the conduct of Vedanta and its subsidiaries, and to dissociate yourselves from the award to Vedanta to avoid a Satyam-style embarrassment,â€ endorsers to the letter to jurors wrote. 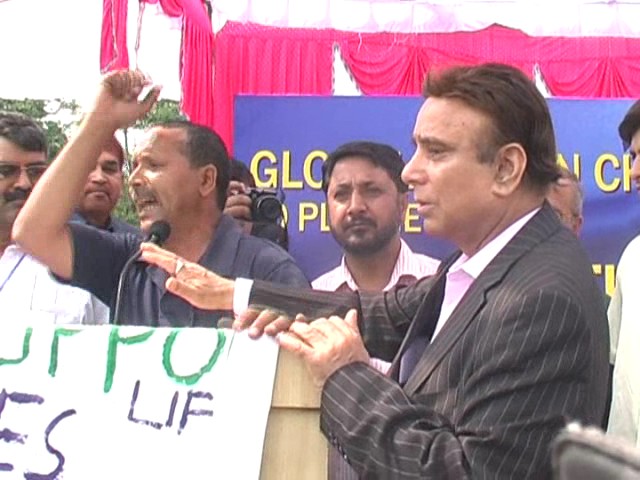 Guman Singh, leader of Himalaya Niti Abhiyan who spoke on behalf of the campaign appreciated that Chief Minister of Himachal who was to be the Chief guest at the function had withdrawn his participation from the event after pressure from the campaign and the controversy around awardee company. Mamata Dash, an activist from Orissa tried to draw the attention of the delegates towards the crimes committed by Vedenta on the Dongria Kondh adivasis in the Niyamgiri hills for its bauxite mines. Just as she began speaking Madhav Mehra, founder of WEF, tried to shove her off the stage. After a scuffle with the activists, Mehra made a statement that he had no interest with Vedanta and that they would review the award and even withdraw just like they had done in the Satyam case if the facts were found to be true. As the tussle continued between the activists and the organizers, the ground echoed with slogans like “WEF down down” and “Vedanta company chor hai!”. As the protestors left the venue, to save his face Madhav Mehra tried to trivialize the issue and only spoke of all the “good work” done by Vedanta.