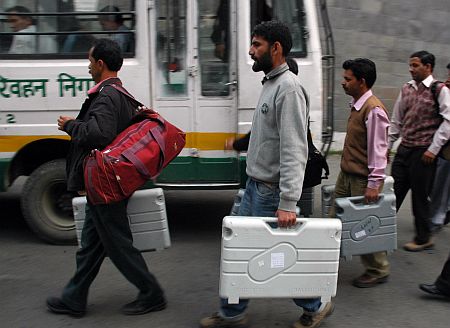 Shimla: The din of outdoor electioneering ended in the evening as managers of political parties were a worried lot for most voters have chosen to maintain a studded silent despite star campaigners having criss-crossed the state to hold not very impressive public meetings.

The voter is king just before the final round of electioneering comes to a close today and given by the low turnout at public meetings, he is keeping his cards close to his chest as political parties try and sway public opinion. 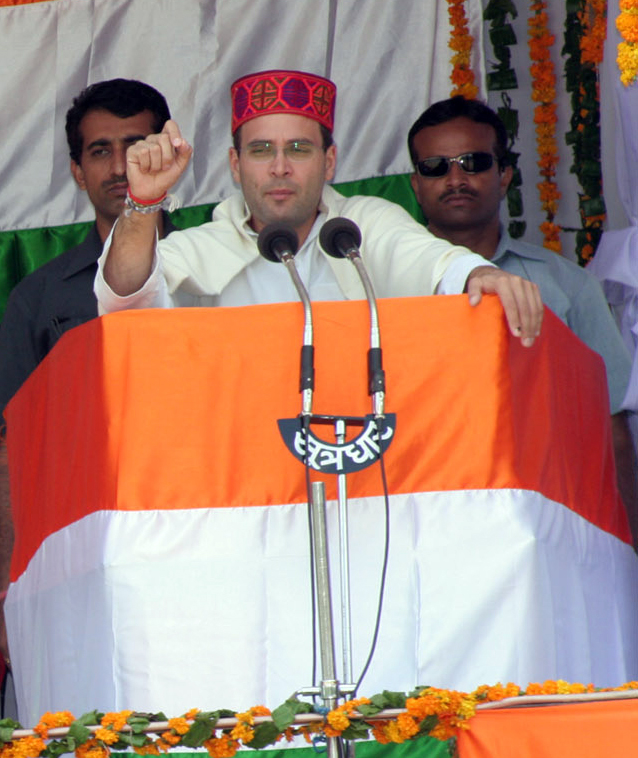 To conclude the 2009 election campaign, Rahul Gandhi, who has emerged as the congress star campaigner this summer signed off by holding a rally in support of former chief minister Virbhadra Singh – the congress candidate for the Mandi seat, in Kullu.

To match him BJP had roped in Narinder Modi, who is familiar with the terrain and the people, by also holding the concluding rally in Kullu.

As party incharge, Modi in 1998 was instrumental in defeating the Virbhadra led congress government and making Prem Kumar Dhumal the chief minister then. 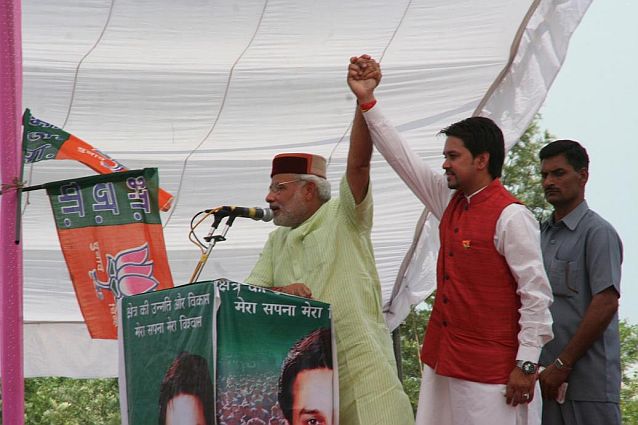 In the eye of the storm, Mandi is witnessing a keen contest between the former chief minister and three time BJP MP Maheshwar Singh.

For congress Anand Sharma, who was scheduled to hold a election rally with Shimla candidate Dhani Ram Shandil in Arki on Saturday, failed to land his helicopter in the area and instead flew down to Nalagarh, without the candidate, to address a public meeting there. Shandil faces a stiff challenge from Virender Kashyap, for the reserved seat.

Ten days ago, Sonia Gandhi, launched the star campaign from the state capital but congress failed to match BJPâ€™s star power in the campaign and came around to deploying old war horse Virbhadra Singh into campaigning for other fellow candidates in the remaining three seats.

Shanta Kumar, BJP national vice-president, in the final countdown was tied to protecting his backyard in Kangra from where the party has fielded Rajan Sushant against sitting MP Chander Kumar.

Electioneering has been hectic in Mandi and Hamirpur constituencies where stakes are high. On trial is the legacy of Virbhadra Singh and legitimacy of Prem Kumar Dhumal.

In Hamirpur, BJP finds itself in a piquant situation where it faces Narinder Thakur, one of their own who joined the congress less than a year ago and was picked out to challenge the domain of the ruling party at its core.

What is bothering political managers is lack of enthusiasm among voters, who have failed to turn up in large numbers to hear out the public debates.

â€œNeither was Sonia Gandhiâ€™s nor LK Advaniâ€™s public meet any indicator of what the public mood is,â€ said Ashwani Kumar, heard out both the leaders at different venues.

Equally confident Thakur Kaul Singh, congress president says, â€œother than the three seats we hold, congress is going to even win the Hamirpur seat from BJP.â€