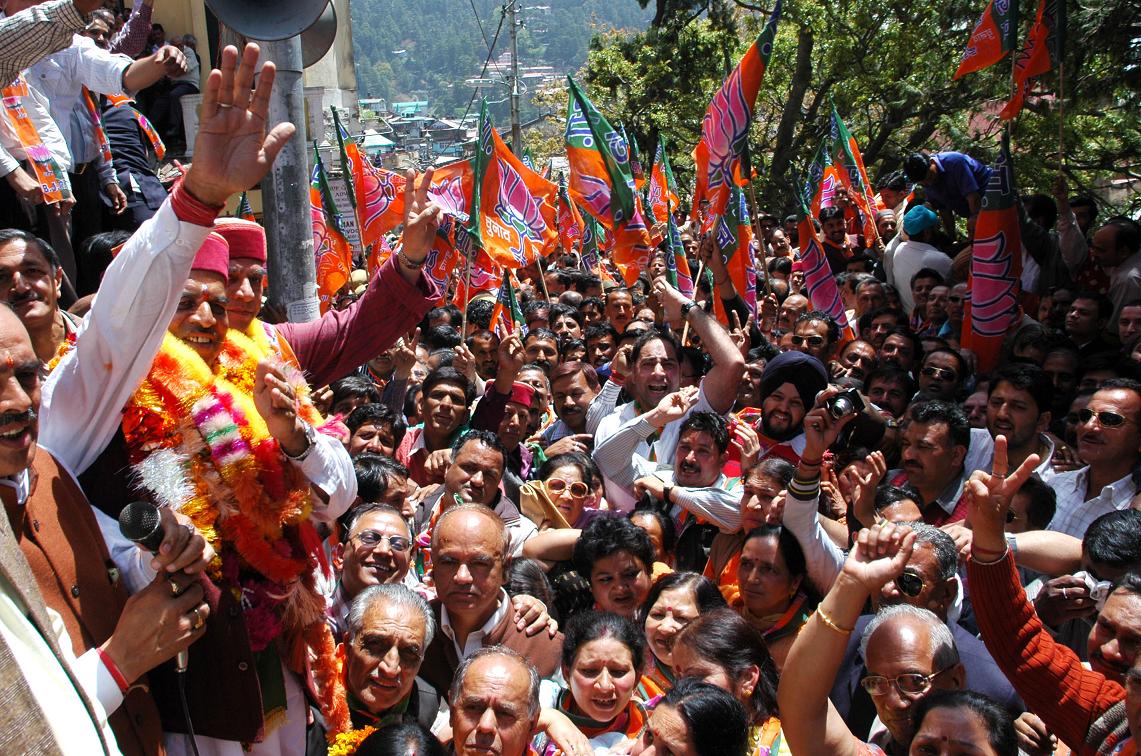 Blames congress for conspiring to defame him.

Shimla: Blaming the congress for conspiring to defame him, BJP candidate Virender Kashyap after filing his papers for Shimla reserved seat here stated that much was being made out of a unclaimed bag with money which he had handed over to the police.

Kashyap aspiring to record in first electoral win, despite having fought six parliament and three assembly elections said that on finding a unclaimed bag at his tableside in a restaurant in Solan, last week, he had become suspicious.

â€œThe bag contained money, which was handed over the police and a report was lodged,â€ he said.

Blaming congress candidate Shandil for having neglected the constituency, he said that backed by the 15 months good performance of the BJP government in the state the party was going to wrest the seat from the opponents.

Earlier, Kashyap was taken in a procession to the district collectorate, where he filed his papers as the BJP nominee for the seat. Those who proposed his name for the seat included health minister Rajiv Bindal, horticulture minister Narender Bragta and BJP general secretary Kushi Ram Balnahta.

The 58 year old, former teacher, hails from village Kainthri in Solan is a post graduate. The candidate does not own a vehicle but possesses agricultural land valued at Rs 22.81 lakhs and a building in Solan valued at Rs 5.55 lakhs which provides Rs 42,000/- as annual rentals. However his spouse owns two cars and about 200 grams of gold, the candidate declared.