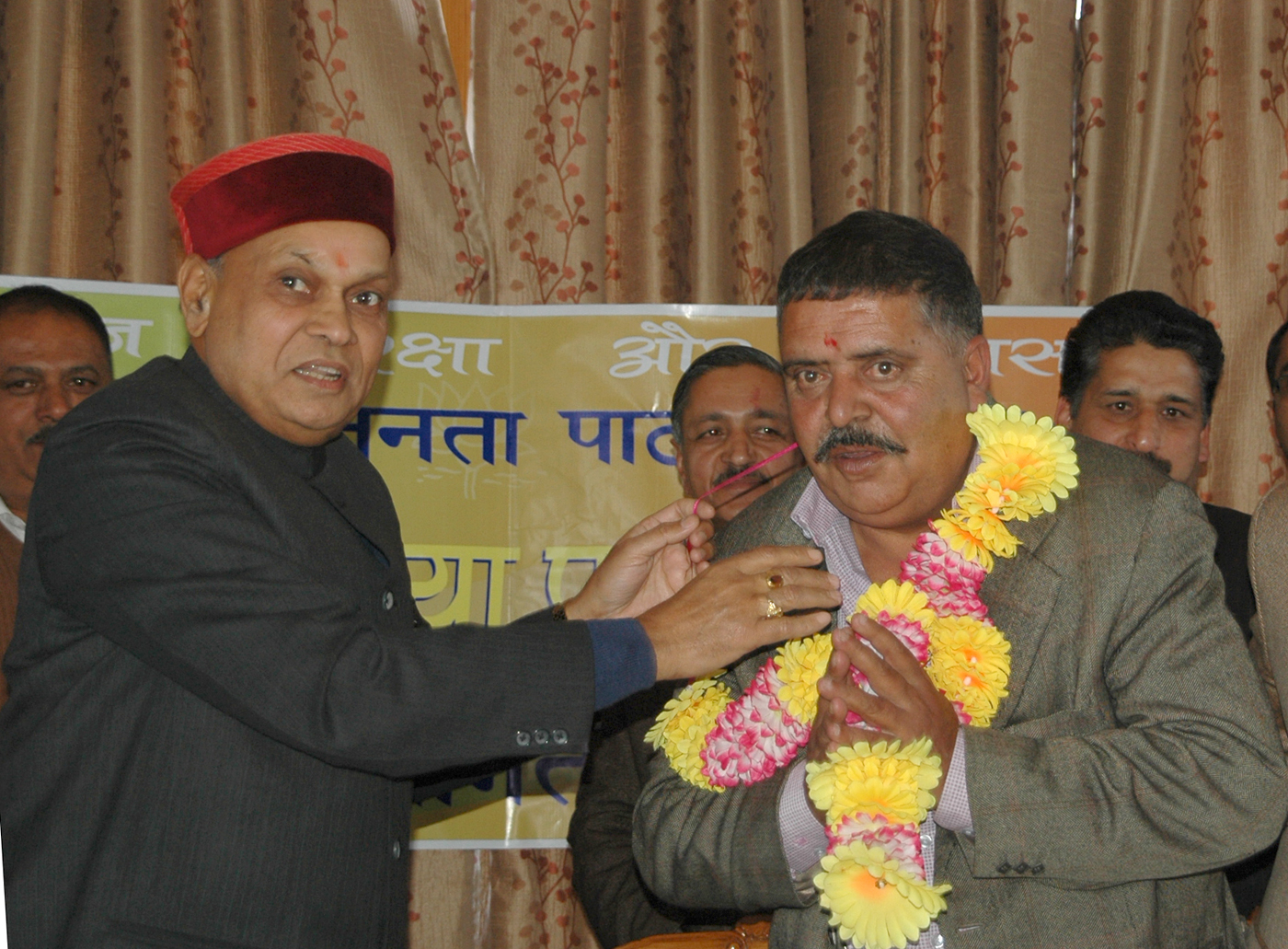 Shimla: Battle royal unfolding in Mandi parliamentary seat just got murkier as a former congressman who was being wooed by both parties today in presence of chief minister Prem Kumar Dhumal announced joining BJP.

Dharmvir Dhammi, who described himself as a â€˜freelancerâ€™ in politics said that it was after having been living on false hopes that congress doled out for a long time that he had decided to join BJP as the government headed by Dhumal was farmer friendly.

Describing his disillusionment with outgoing congress MP Pratibha Singh, who is the wife of former chief minister and congress candidate Virbhadra Singh, Dhammi said that over the last five years several tragedies hit Kullu valley, which included bus accidents, burning down of several villages including the historic village of Malana but the elected parliamentarian never bothered to visit the valley on those occasions.

Dhammi who has fought elections on congress and BSP tickets and as an independent as well from Kullu, commands influence in the assembly segment which could mean trouble for Virbhadra Singh who is contesting a parliamentary election after a gap over 25 years.

Welcoming the new member into the party, chief minister Dhumal said that Dhami joining BJP would only increase the victory margin in the Mandi seat.

Joining other state BJP leaders in the country, the chief minister said that the party manifesto which was released in Delhi today, was inclusive for every section of society.

Special mention has been made for hill states as BJP has committed to look at their problems separately and a suitable policy to address them would be formulated, he said.

â€œFor the past 14 months we have been raising issues of hill states but none in the outgoing UPA government heard us. BJP manifesto by listing our problems has for the first time raised the issue at a national level, said Dhumal.

Terming the UPA term as one in which all promises made turned sour, the chief minister said that other than price rise, unemployment, mounting corruption they had heaped brought humiliation on the country.