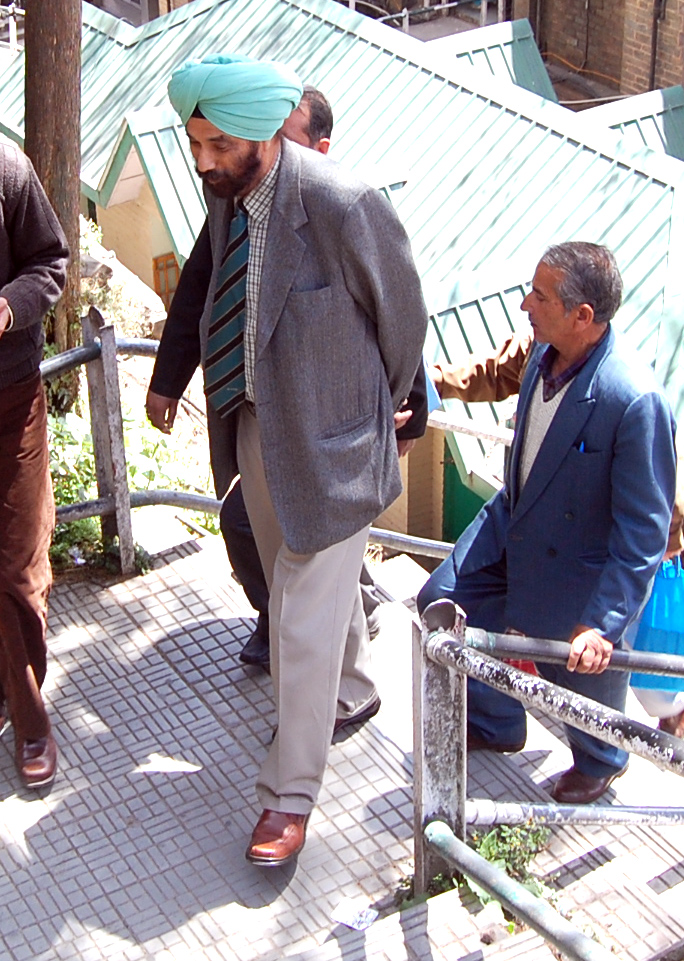 â€œA police party arrested BS Thind from near the central telegraph office on The Mall Road at about 1 Oâ€™clock,â€ said Ramesh Pathania, DSP Parwanoo, who is the investigating officer in a case registered against the suspended officer.

Police sources disclosed that Thind was nabbed after he came out from the district courts where he had come to attend an court hearing in an old case.

The investigating team from Parwanoo was on the lookout for Thind as he was wanted in case wherein he is alleged to have illegally demanded money from a businessman for getting a commercial property vacated.

â€œPolice teams from Parwanoo station visited Thindâ€™s house in Chandigarh several times, but dogs were let loose and the suspended officer never paid any heed to summons demanding his cooperation with the investigation,â€ said a senior police officer.

On getting a whiff that the police officer would be attending the court hearing listed for 4th April, the investigating team lay in waiting till the proceedings were over before moving in to arrest the former high profile officer.

Before his suspension, Thind was posted as Additional Director General of Police with the HP State Human Rights Commission. Registration of a case by the Parwanoo police had led to the suspension of the senior IPS officer.

The Parwanoo police are investigating a complaint filed by Chandigarh based businessman Ashok Mittal against Thind whereby a charge of allegedly demanding money for getting a business premises at Parwanoo vacated is levelled against him.

In support of his complaint, Mittal did submit a recorded telephone conversation about the money being sought. After preliminary investigations a case was registered on 15 June, 2008.

A voice sampling of the officer is believed to have matched with the one found recorded in the telephone conversation that Mittal had handed as proof of the complaint lodged.

Since the voice match, the police had been on the lookout for Thind in order to complete the investigation and put up a challan in court.

The controversial officer is also an accused in a bank loan fraud case being pursued by CBI, whereby home loans from several banks against forged papers were raised.

The police officer who at one point was aspiring to become the Director General of Police in Himachal had to be suspended by then state government headed by chief minister Virbhadra Singh after he was arrested by the CBI and had to cool his heels in prison for several days.

However, he was reinstated six months later.

Thind has been saying that he was a victim of professional rivalry and the land matters over which he was charged were of civil nature and there was nothing criminal about it.

Thindâ€™s name along with several other ministers and officials also did figure in the chargesheet that BJP had submitted to the governor and demanded an inquiry about.