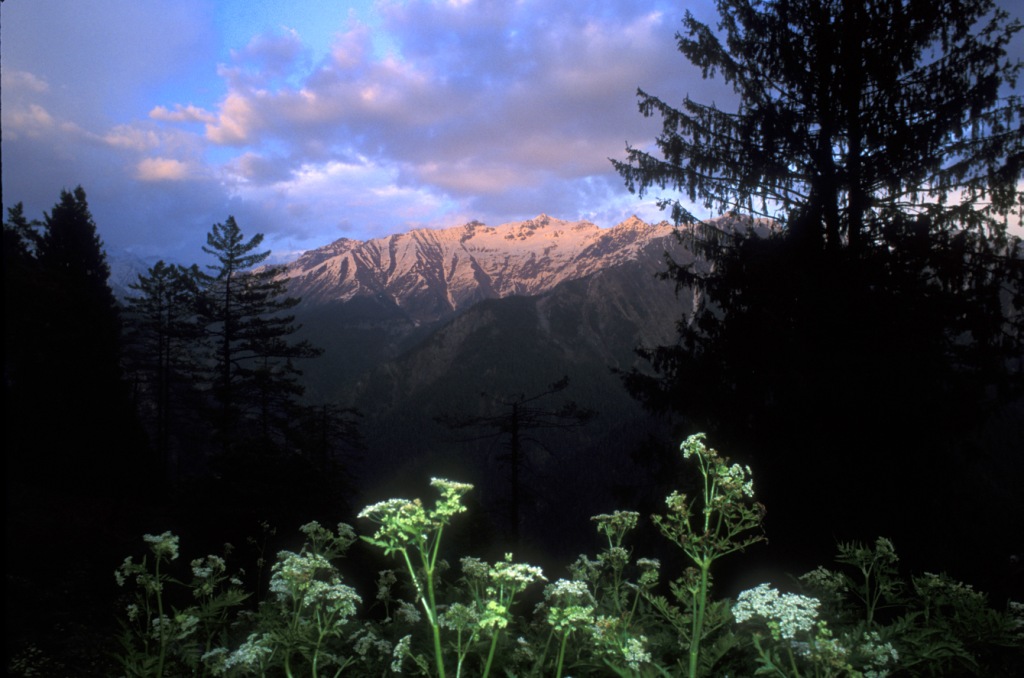 Not many of you have ever heard of Great Himalayan National Park (GHNP). A piece of 765 sq-km area of land offers a vast range of tourism varieties to those seeking refreshing and adventurous break from their routine work. Far from busy and noisy life of cities, about 60-km from Kullu town, GHNP is a perfect place for getting feel of well deserved outing. Ironically even after its existence in 1984 the park has failed to witness desired attraction, as far as tourism is concerned.

GHNP, comprising the area of watersheds of Jiwa, Sainj, and Tirthan rivers was selected under the eco-tourism policy in May 2001 with other 5 locations in state. The policy was launched with much hope but with little result. Observations showed that the eco-tourism attraction has not much helped to enhance the tourist influx here. In fact the lack of publicity and soft approach in implementing the policy has failed to serve the desired result.

Initially when GHNP was created the major goal was to develop it as a national park. The goal was to convince the locals to preserve the environment and develop a sense of self conservation among villagers around the park.

The eco-tourism has not achieved its potential at GHNP despite it offers various attractions ranging from adventure sports like rock climbing, rappelling, river crossing, and fishing in the eco zone and long treks into the GHNP for bird watching, wildlife spotting and long nature trails. The treks are selected on the basis of the capabilities of tourists. Interestingly the tourists can have the feel of local culture and customs thanks to local fairs galore which are celebrated by villagers with much fanfare and enthusiasm.

No doubt, GHNP is an ideal location for eco-tourism. The 25 trekking guides who are locals are professionally trained for the eco zone. All the porters and cooks are also locals. There is a nursery which grows medicinal herbs so that the villagers who depended on the forest resources of the now protected area of the park can actually use the plants from nursery and grow their own medicinal plants for sustenance. In addition to this, entry in GHNP is permitted only with a local guide. This is done to restrict the number of people entering the region and also so that the local residents benefit from tourism in that area.

Moreover the home stays the main catchy feature of eco-tourism, is another untapped potential here. Inquires shows that many tourists want to experience the local culture and accustom and in that case there is no better way than home stays. 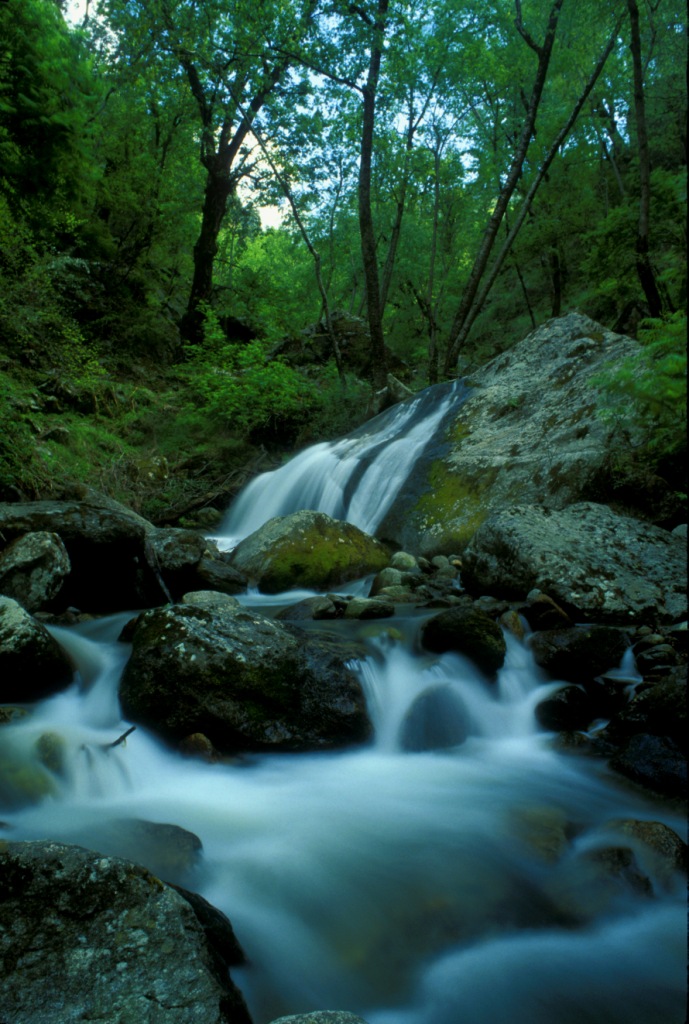 But despite all this, only a few locals are being benefited from the tourism that is being generated in the area. There is urgent need to build a model in which locals should have an opportunity to sell home made products like shawls, handicrafts and medicinal products to the tourists. Also building on the business model for home stays in the area will bring a tremendous benefit. Currently there is only one home stay which always remains overbooked. The eco-tourism will really be viable in park if a single governing body is created which has the authority to take the decisions for the park. Ironically, the BTCA model is not working as it was supposed to be. BTCA formerly known as SAHARA is formed for the betterment of locals.

In fact the progress has been slow and the true potential of GHNP is really not being exploited. Although responsible tourism is the key to eco tourism, awareness levels of GHNP have been very low which is a major problem here.

Interestingly, Divya Sawant and Gautam Bhatia the students of SP Jain Institute of Management and Research, Mumbai, currently on their Development of Corporate Citizenship program with My Himachal, a NGO are working on a plan to develop a sustainable model for eco tourism in the GHNP area. Their immediate plan is to develop a marketing strategy for eco-tourism in GHNP. 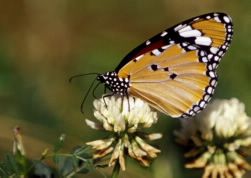 Says Divya and Gautam, there has been hardly any promotion for this location and also the present efforts are towards treks inside the park for the extreme trekkers when there is actually scope for the park to be a family retreat also with activities in the eco zone. Accessibility to the region is another issue. The roads are poor due to persistent rain and poor maintenance, points out Divya and Gautam who are currently doing extensive field survey and analysis of situation on the hand involving interactions with villagers residing there.

They have met the locals staying within the eco-zone the western boundary of the park inhabited by 160 villages. While disclosing their plans the students say, we talked to the villagers living there in order to gauge what they feel about their source of sustenance being converted into a protected park. We wanted to know on how they have adapted to this change and in what way have the local governing bodies helped their employment opportunities and income generation activities.

The villagers in the area were used to depend on medicinal plants from the park for their livelihood but since the park have become a protected area, they now have to rear goats for their living. Most women are part of the Women Saving and Credit Group an initiative by BTCA. The villagers outlook towards life in the valley was quite defeatist and they were resigned to the belief that their life would not improve. On further probing about the initiatives taken by the successive state governments, they seemed sceptical and have lost faith in governing bodies.

Judama Devi, a member of the Womenâ€™s Saving and Credit Group was used to depend on medicinal plants from the park for her familyâ€™s livelihood. However since the park has become a protected area, she along with her unemployed husband now rear goats to make their both ends meet. The family have lost faith in state government and BTCA as well. They seem to have the opinion that nothing is really being done to support them and even the initiatives being taken by BTCA are not working well. Judama Devi further says, BTCA currently offered locals the option to purchase medicinal plants from the nursery so that the villagers could grow them on their own. But the soil was infertile and the plants were not really growing in and around their house. So finally the benefit was nil, she rues.

Another sufferer, Harilal from Dhar village is pessimistic over the present initiatives. The BTCA members have not visited Dhar which is one of the more accessible villages in the area, he laments. According to Mr. Gopal the current in-charge of BTCA, despite some of the initiatives taken so far, the time to get approval for each initiative is very long. The most proposals are lost in government offices and the proposals are actually never implemented, rues Gopal who is also the Panchayat Pradhan.

Awareness about GHNP is another major roadblock, inform Divya and Gautam. GHNP is not even listed as a tourist destination on the Himachal Tourism Website. Being one of the largest national parks in the country one would think that it would be given the necessary importance to bring responsible to tourist to the area.

Providing alternate means of sustenance to locals who previously depended on the forest also is an uphill task especially since most villagers are losing faith in the present system and further time passing by without any action is not helping, point out Divya and Gautam.Â  The handloom, handicrafts, medicinal plants in the eco zone etc are few of the employment opportunities which are being explored, but some strong decisions need to be taken accompanied with an implementing action plan is the need of the hour, they suggest .

Developing small scale tourism in GHNP while striving to have as little impact on the fragile and pristine protected areas of GHNP is one of our primary objectives, they reveal. Educating the travelers while directly benefiting the social stability, economic development and political empowerment for the local communities (Community Based Ecotourism) will be another key objective of our study, they inform.

Based on their surveys and study, Divya and Gautam suggest few measures to improve the situation at GHNP. They Say, improving accessibility to the region is most crucial one. The state government should look at starting a special bus service for travellers to the park which would provide convenience, comfort and ease of luggage space for the tourists. Improving awareness is another thing that can help lot to popularise the park all over. The developing of comprehensive and extensive website as the internet is the major source for information for most tourists these days. The need is also there to create new independent governing body comprising of government officials, local NGO and representatives from local villages to act as the decision maker for the region and help the overall development of the region.

This independent governing body which would not only provide a channel for local villagers to raise their concerns but having locals on the board may build trust in the villages. It will also ensure the training and skill development of the locals; provide avenues for locals to sell their home made products and co-ordinate home stays etc to bring direct benefit to the locals.

Ironically, Divya and Gautam have also done awareness survey on GHNP, in which only 23 people out of 80 were heard about it.