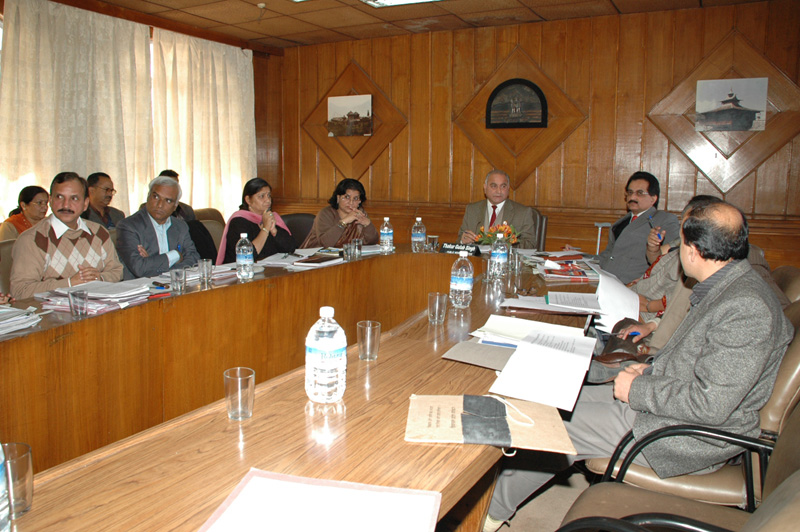 Shimla: Revenue minister Thakur Gulab Singh disclosed that data entry of revenue records was nearing completion, as online records of 19,822 revenue village had been completed and the process of data entry for the remaining 1059 villages was being speeded up.

In all there are 20,881 revenue villages in the state and computers have been set up in 51 sub-divisions and hundred tehsils to bring the entire revenue records online, he said.

To prevent sale of fake stamp papers, the revenue department is to set up â€˜Franking machinesâ€™ in the state so as to prevent frauds as well losses to the treasury.

As a process of streamlining the revenue records, we are also installing 33 Franking machines, which will help to check sale of fake stamp papers, said Gulab Singh.

As many as 12,98,805 kisan pass books, which hold legal status were being made available to facilitate land owners, he said.

All tehsil offices have been equipped with e-governance facility which would enable farmers and land owners to get revenue documents instantly.

To record cropping status, Global Positioning System (GPS) was being introduced in Pachhad tehsil of Sirmaur district as a pilot project for ‘Zamabandi’ purpose, said Thakur. In a phased manner it would be extended to other parts of the state, he added.