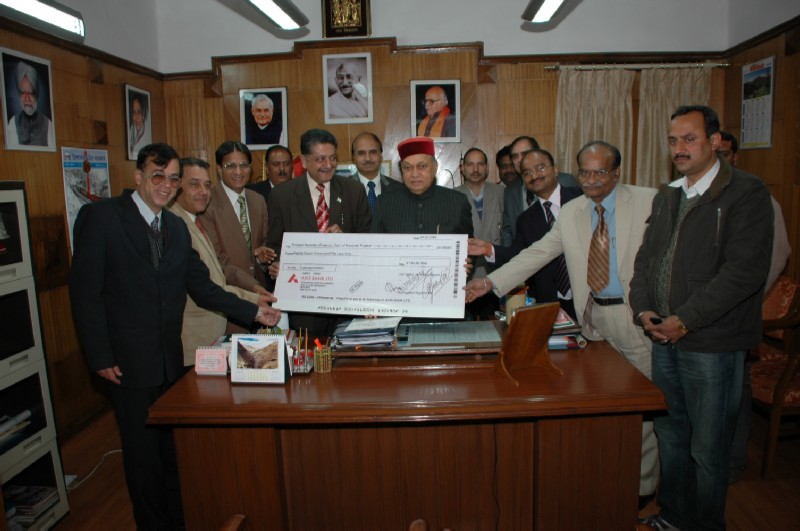 Shimla: Satluj Jal Vidyut Nigam (SJVNL), the public sector hydropower generation company, is headed to achieve record generation in the fiscal as it has already recorded a generation of 6350 million units that is barely 34 million units short of the high mark reached last year.

Last year, on this day we had recorded a generation of 6100 MU from the 1500 MW Natpha Jhakri plant and by end of March the total generation was 6384 MU, a company spokesman stated.

HK Sharma CMD of the Nigam informed that the all time high generation was a result of efficient silt and machine management systems adopted by the company.

The generation achieved during this period was 250 MU more than the target agreed upon with the union power ministry, he said.

Being the countryâ€™s largest hydropower plant, generation reliability has eased peaking power requirements in the northern grid since the it became operational in October 2003. Power from the plant is supplied to Punjab, Haryana, Uttar Pradesh, Rajasthan and Delhi.

In all the Nigam declared a Rs 110 crore interim dividend. The central government and Himachal hold 75:25 equity in the 1500 MW Nathpa Jhakri power plant on Satluj river and the dividend paid was for the 25 percent share the state holds in the joint venture company.

SJVNL has already paid an interim dividend of Rs 82.5 crore to the central government, which has marked the profit making PSU for disinvestment by way of bringing out a initial public offer (IPO) in the year ahead.