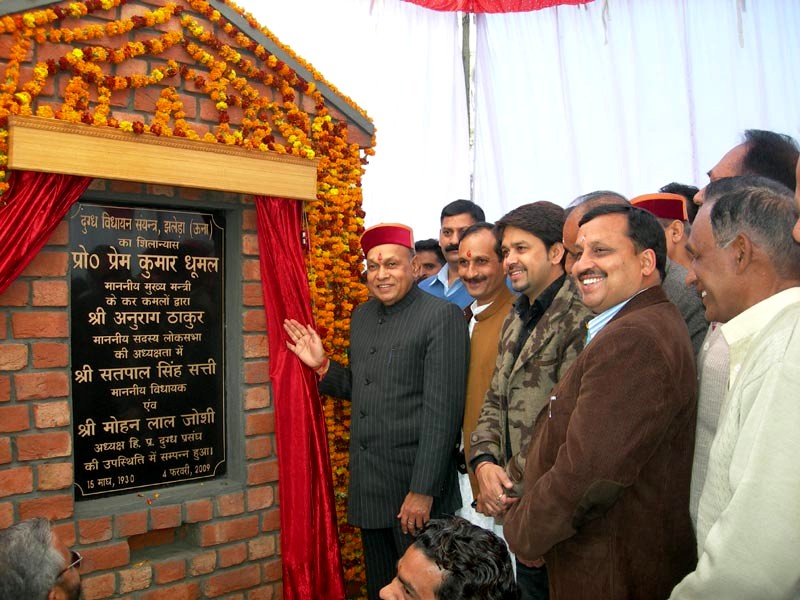 Speaking over the occasion he said that the Milkfed was purchasing milk worth Rs. 3 crore from about 5000 milk producers who have formed as many as 100 milk cooperative societies. He said that the BJP Government since coming to power has increased twice the price of milk by Rs. 2 each time. He added that the State Government is committed to strengthen rural economy and enhance the lifestyle of the farmers, horticulturists and those engaged in the avocation of Animal Husbandry.

He also laid foundation stone of Rs. 15 lakh Jalgran bridge on Bahdala-Jankaur Khad in Una, of the auditorium to be constructed at a cost of Rs. 88 lakh in the campus of DAV Centenary Public School Una and inaugurated a Rs. 2.29 crore newly constructed administrative block of 1st IR Battalion at Bangarh.