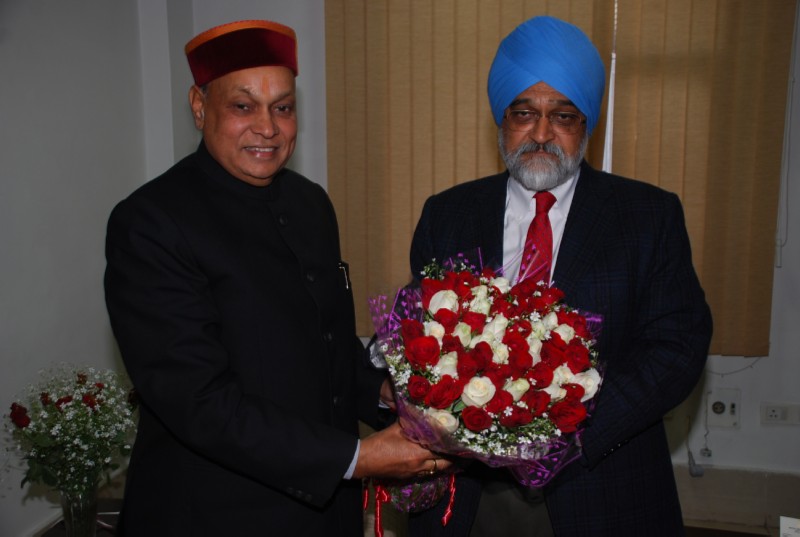 State has got an increase of Rs. 50 crore as special plan assistance from last planâ€™s Rs. 450 crore, which comes to Rs. 500 crore.

Prof. Dhumal told that a provision of Rs. 25 crore has been made to meet the state share expenditure in prestigious 63 km long Bhanupalli-Bilaspur-Berri broadguage railway line and added that state share also includes cost of land at Rs. 70.00 crores.

State has set up H.P. Transmission Corporations Ltd and TRANSCO has prepared comprehensive master plan for evacuation of generated power at the total project cost of about 900 million dollars.

He told that 1700 hectare additional land will be provided irrigation facilities through four major and medium irrigation projects in the plan and added that 16.50 lakh MT food grain production and 11.55lakh MT vegetable production target has been fixed during the plan period.