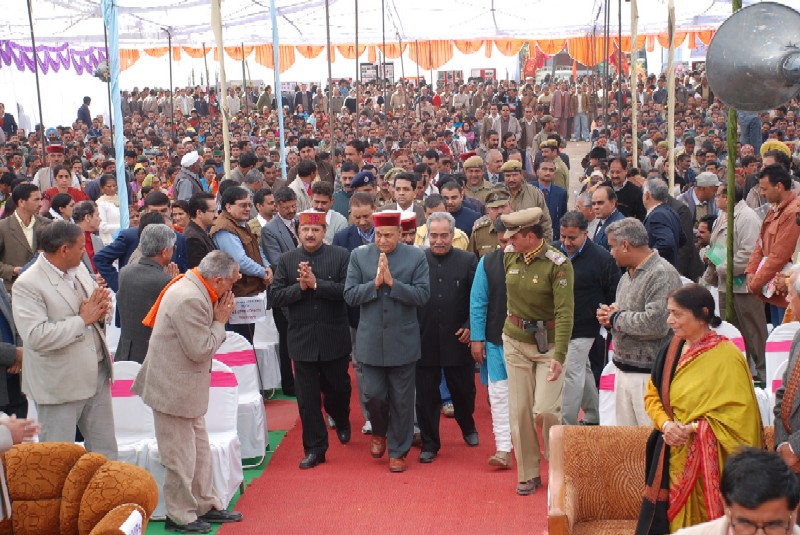 Shimla: While attending an inaugural function of two day long Kisan Mela jointly organized by Dr. Y.S. Parmar University of Horticulture and Forestry and Department of Horticulture in the University campus at Nauni, Prof. Dhumal stressed upon the need to strengthen basic sectors of agriculture, horticulture, animal husbandry, floriculture and herbiculture in a planned manner to indirectly strengthen national economy and Pandit Deen Dayal Kisan Baagwan Samridhi Yojna would revolutionise modern farming in the State.

He said that Himachal has launched Rs. 353 crore ambitious Pandit Deen Dayal Kisan Baagwan Samridhi Yojna from January, 2009, to revolutionize the farming sector with advanced technology in farming. He said that 28,880 poly houses would be constructed while equal number of drip and sprinkler irrigation schemes would be implemented by the farmers which would entitle them to avail 80 percent subsidy and the beneficiary would be contributing only 20 percent of the project cost.

Mahatma Gandhi and Pandit Deen Dayal Upadhyaya had always advocated the cause of the down trodden and focused their all attention towards the speedy upliftment of the down trodden and deprived sections of the society. He said that need had emerged to implement the vision of such great leaders in letter and spirit so that speedy upliftment of the farming community was ensured.

He added that need had emerged to implement the vision of great leaders like Mahatma Gandhi and Pandit Deen Dayal Upadhyaya who always advocated the cause of the down trodden and focused upon their speedy upliftment. 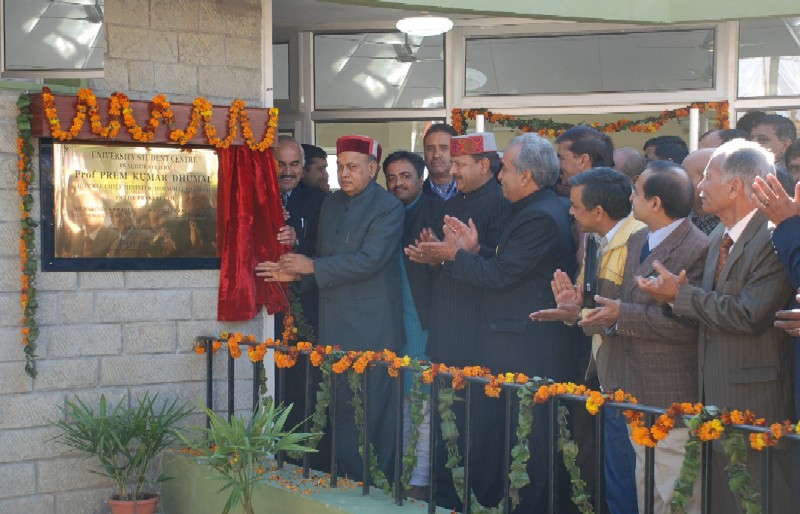 He announced a grant of Rs. 2 crore for the Dr. Y.S. Parmar University of Horticulture and Forestry to carry forward its activities. He dedicated cafeteria completed at a cost of Rs. 75 lakh to the students and inaugurated 40 exhibition stalls put up by different organizations.