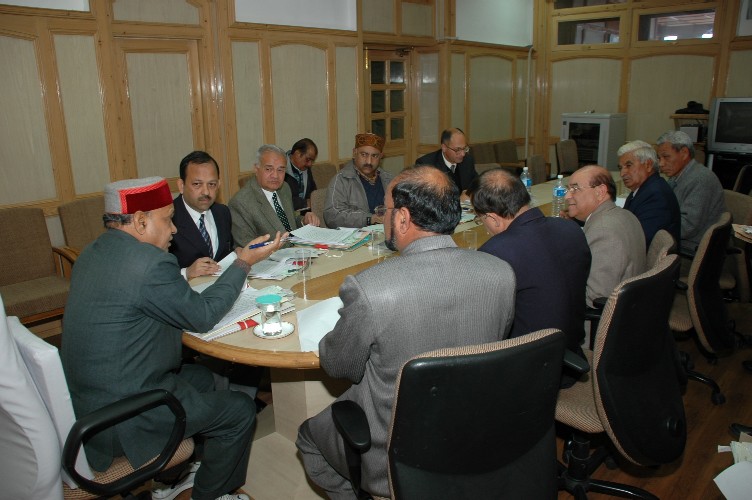 Shimla: Himachal Govt. has decided to strengthen the ‘Guru-Shishya’ (Teacher-Pupil) Scheme to train budding artistes in traditional folk arts of the state. This was revealed by Prof. Prem Kumar Dhumal, Chief Minister and Chairman of the Executive Council of HP Language, Art and Culture Academy.

This effort is made in order to preserve the folk art and culture of the state by grooming young people in specific fields and providing improvised monthly honorarium of Rs. 2,000 to the teachers and enhanced scholarship of Rs. 500 to the pupils earlier which was Rs. 500 and Rs. 300 respectively, he said. Every teacher will be training a minimum batch of five students in master craftsman in Pahari Paintings, Sculpture, Wood Carving, Folk Dance, Folk Music and Instruments, Chamba Rumaal, Handicrafts, besides training them in ancient scriptures reading and revive the folk art and craft at the verge of extinction for future generations to come, he added.

Youth will also be trained in script reading and writing, as maximum number of manuscripts were written in ‘Tankri’ script and this training will help in revival of a number of old important documents and manuscripts.

He also said that efforts would be made in association with IGNOU to open atleast three schools wherein students would be imparted training in reading and writing ‘Tankri’ language under the guidance of National Manuscripts Mission.

He said that additional efforts would be made for the documentation of ‘Jhere’ of district Mandi and ‘Ainchali’ of district Chamba folklores which were at the verge of distinction as also the traditional astrological system ‘Saanche’ prevalent during ancient times in Sirmour and Chopal areas of the State.

He also emphasised on the need to use Hindi in every activity and popularise the same for all practical purposes to strengthen the national integration in right perspective. He said this while addressing the Rajbhasha Puruskar Vitaran Samaroh (National Language Prize Distribution Function), organised by the Department of Language and Culture to honour the officers and officials who had contributed significantly towards the promotion of national language Hindi in their day to day functioning.