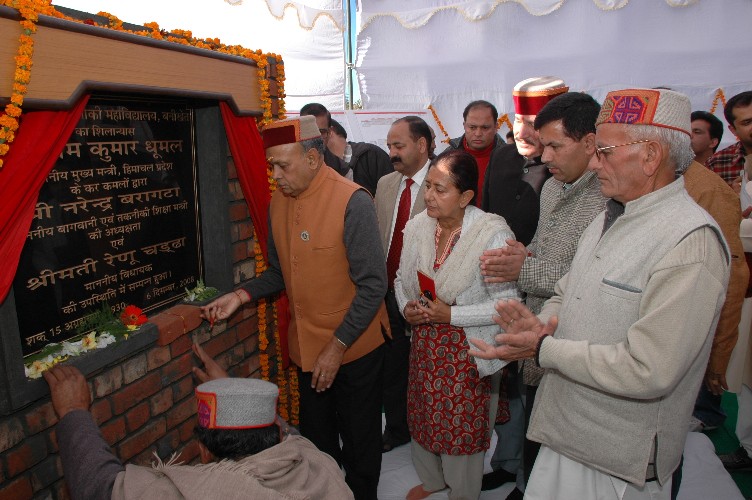 Shimla: After laying the foundation stone of Government Degree College building estimated to cost Rs. 8.30 crore, Chief Minister, Prof. Prem Kumar Dhumal, addressed a huge public meeting and said that Rs. 50 lakh to be spent on Chamera reservoir which is to be developed for water sports, Rs. 353 crore will be spent over modern farming to benefit about 60,000 families, Rs. 150 crore being spent upon subsidized essential commodities, SDM Office at Salooni will also be considered.

He said that Banikhet Polytechnic College would be completed at a cost of Rs. 24.38 crore where five latest trades would be available to the students with hostel facilities to 100 each for girls and boys.

He said that Rs. 92 crore were being spent under B&R activities in Chamba district during current financial year.[/lang_en]