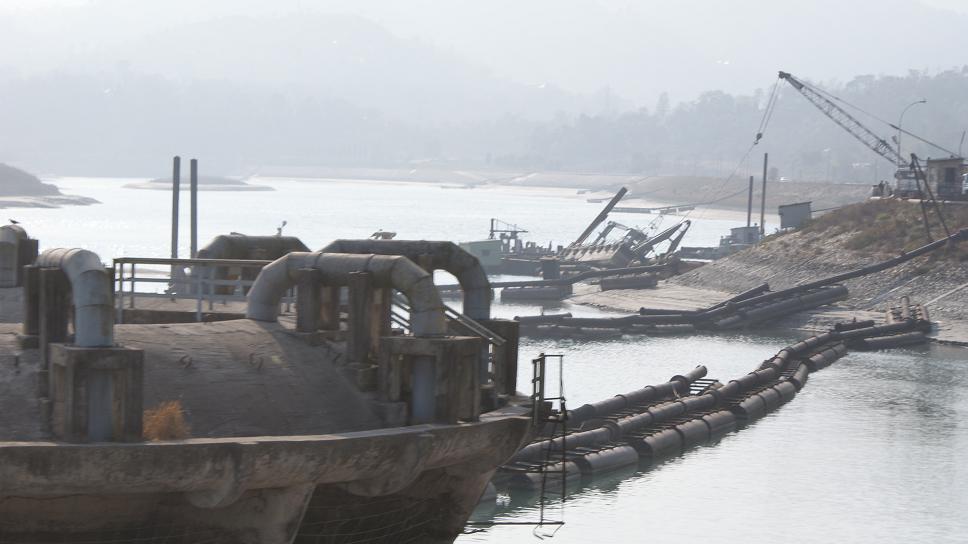 Mandi: Despite two days efforts BBMB could not pull out its dredger which almost drowned into the balancing reservoir of 990 MW BSL Project at Sundernagar.

Dredger tilted to one side as water entered some of its parts and has been hooked to cranes to stop it from completely drowning in the reservoir.

Water supply to the reservoir has been stopped by management in its efforts to pullout the dredger but no success has been achieved so far. Small islands have come up in the reservoir where migratory birds can be seen basking in the sun.

Power generation at 990 MW Dehar Power House has come to a standstill further deepening the power crisis in the region.

The 8 crore dredger was purchased by BBMB from a Holland based company to flush out silt from the balancing reserviour. The dredger deal has remained in clouds since beginning.

Local police is already investigating the alleged irregularities into the multi crore dredger scam in which an FIR has been lodged. This incident has again put a question mark on the multi-crore Dredger purchase. 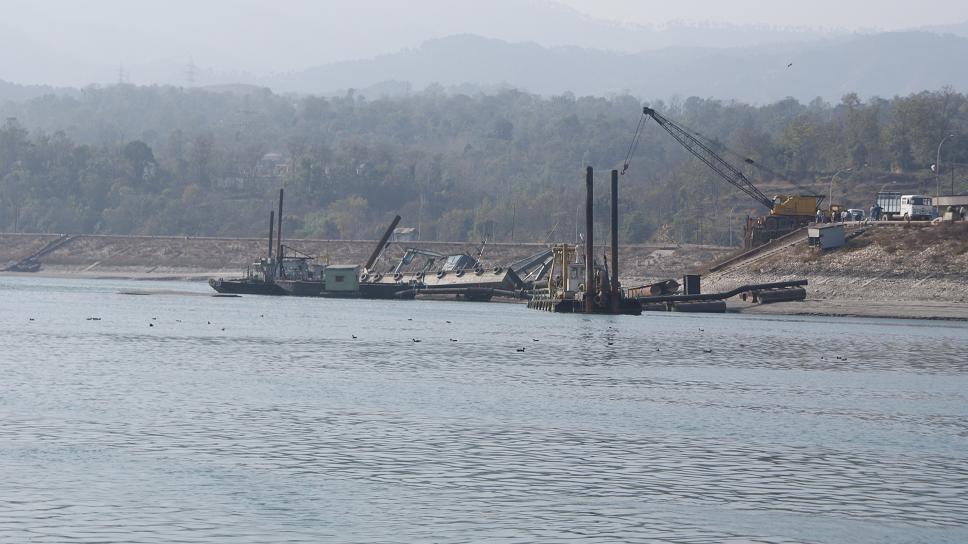 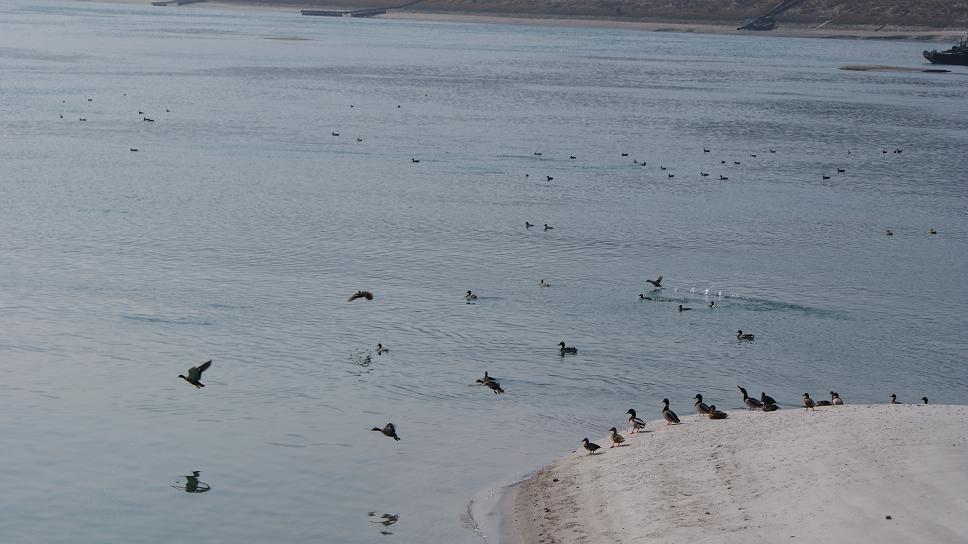