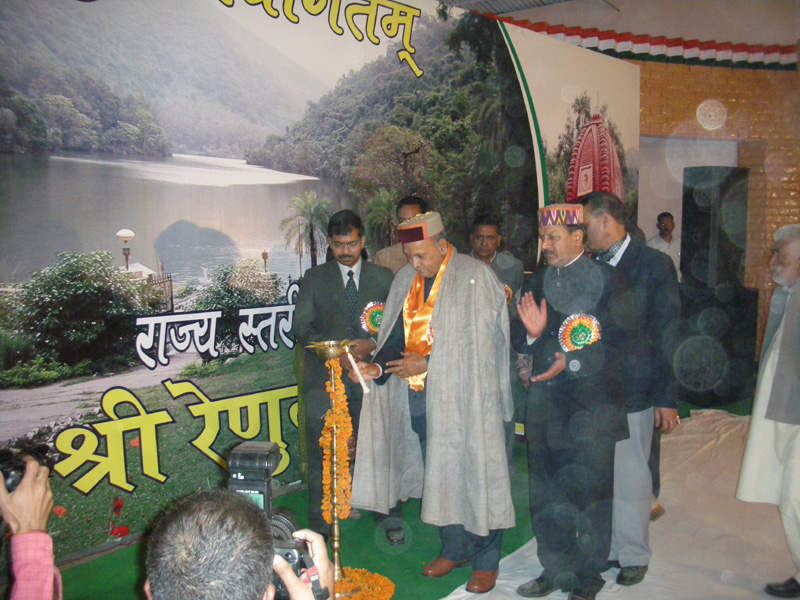 Renuka Dam would be named after Parshuram and Himachal Government would ensure an attractive relief and rehabilitation package to all the families affected by construction of the 40 MW Renuka Dam project worth 3897 crores, said P.K. Dhumal, the Chief Minister.

Himachal Government would also motivate private parties to set up a Medical College in district Sirmour and all 16 lakh electricity consumers to get 4 free CFL bulbs by the end of current calendar year. He said that State Government had allocated the ambitious Renuka Dam Hydro Electric Project to the H.P. Power Corporation for execution in a time bound manner.

Dhumal said that the families giving more than five bighas of land for acquisition and left with only one biswa land would be provided a sum of 2.50 lakh, while others giving less than five bighas of land would get 1.50 lakh time as one some grant and similar package would be available to other land owners. He said that on completion of the project, all the affected families would be eligible to consume 100 units of electricity free of any charges for ten years and in case the families consume less power the balance would be reimbursed in cash.

Dhumal said that each of the family of affected villages would be given financial grant of 5 lakh for construction of community Centre or Panchayat Ghar. He added that the scholarship would also be provided to the eligible students of affected families for three to five years depending upon their income level.

Dhumal also took out the Grahak Protsahan Yojna of Excise and Taxation Department for district Sirmour on the occasion and said that prizes worth 6 lakh were being given to consumers to motivate them to get bills from the shops for their purchases, so that their consumer rights were also protected. He also released the souvenir brought out by the organizers to commemorate the occasion.