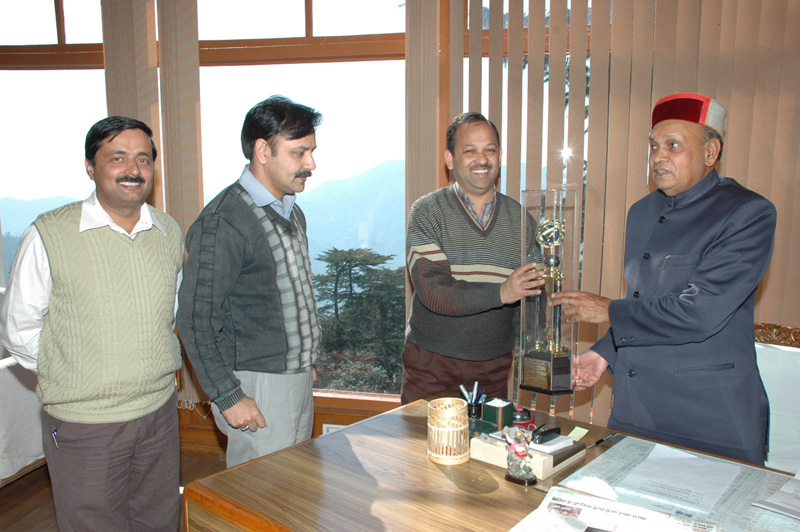 Shimla: Himachal Pradesh has been conferred the National Award for being the Most Progressive State in IT Administration in the country by the India Tech Foundation for implementation of the HIMSWAN project in the state effectively revealed by Prem Kumar Dhumal, the Chief Minister today. The National Award Trophy was received by B.K. Aggarwal, Secretary IT.

He further stated that the state government had envisioned the citizen centric Common Service Centre (CSC) for the benefit of the people in the rural areas so that they could avail of various facilities available through the information technology modes. A programme had been formulated to establish 3,366 CSCs all over the state in coming one year period connecting 3,243 gram panchayats of the state with the facility.

Meanwhile, the Himachal Government is also working over creation of State Level Data Centre at Shimla in the near future which would be the state of art project in the IT sector in the state. The Government of India funded Content Service Provider project in the state which links the state with the National Portal have been already started and would be connecting the entire world through the networking system.

Agrinet (Agriculture Resources Information System) Project was also being started in the state which would deal with the departments of agriculture, horticulture, animal husbandry and fisheries. He said that through the project, farmers and other people would be able to access citizen centric information through a portal being created for the purpose.