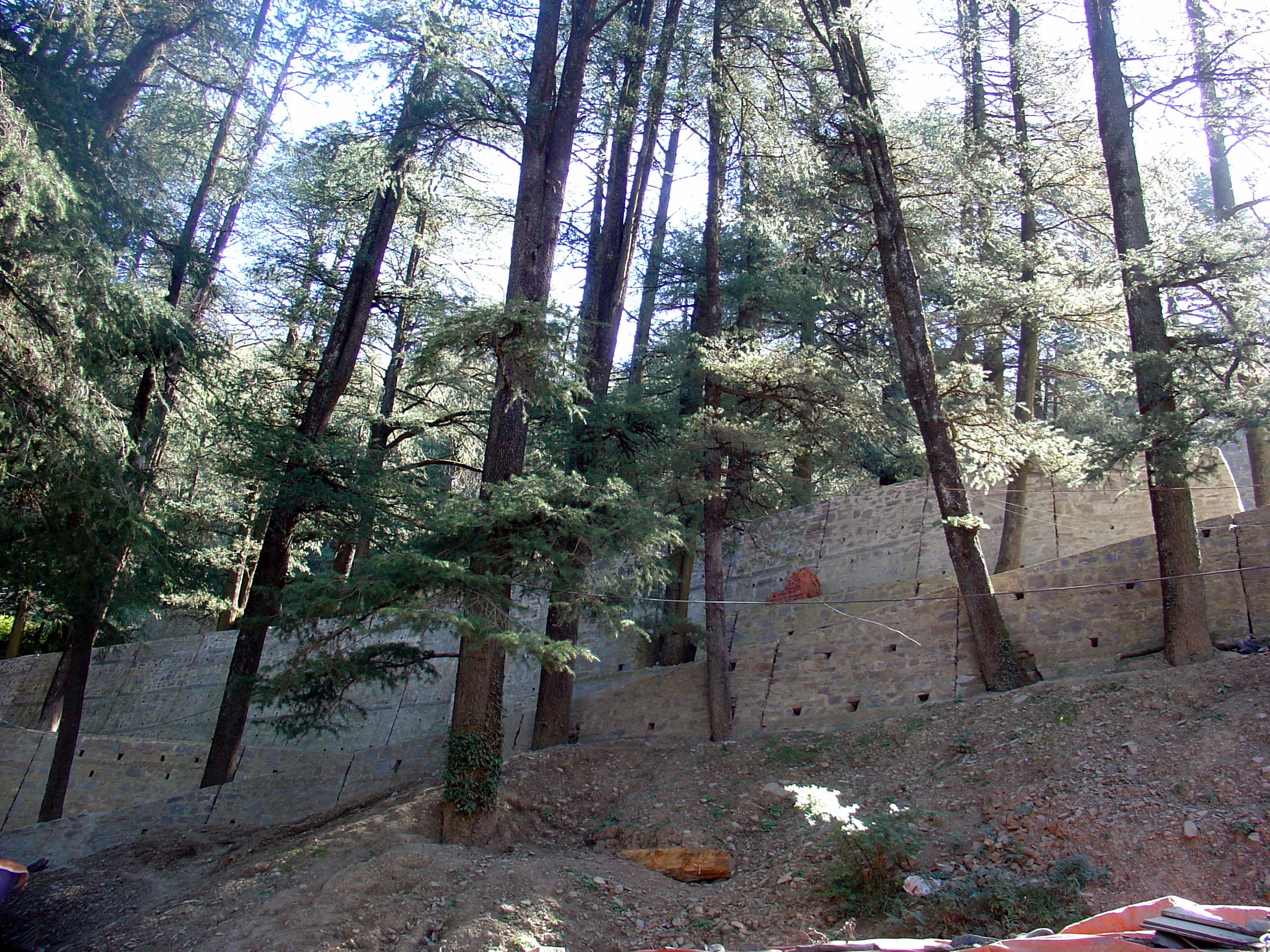 Shimla: In defiance of municipal orders, construction of a cottage that has violated approved construction plans in a protected green belt zone on Jakhu hill continues, even though the highest authorities are aware about the deviations taking place.

Rajeev Sharma, architect planner Shimla Municipal Corporation who is also the public information officer (PIO) under a RTI query disclosed, “there are construction violations at the site.”

Proceedings for unauthorized construction under u/s 253 of HP Municipal Corporation Act 1994 have been initiated against owner Jagdish Prasad Gupta and Ms Ravinder,” the PIO stated. “Sanction for reconstruction on old lines was accorded in August 2006.”

Jagdish Prasad Gupta happens to be the chairperson of Jagson Airlines, the company which is also constructing a ropeway to Jakhu hilltop near the cottage coming up.

The 22 bigha estate amidst a thick deodar forest near the hill top is said to have been bought for Rs 3.5 crore for which permission was hurriedly accorded by the then government. A Rs 40 lakh stamp duty was duly paid, revenue department sources said.

Municipal sources revealed that the property had four old built up structures and permission to reconstruct two of them on old lines was granted for which plans were approved. 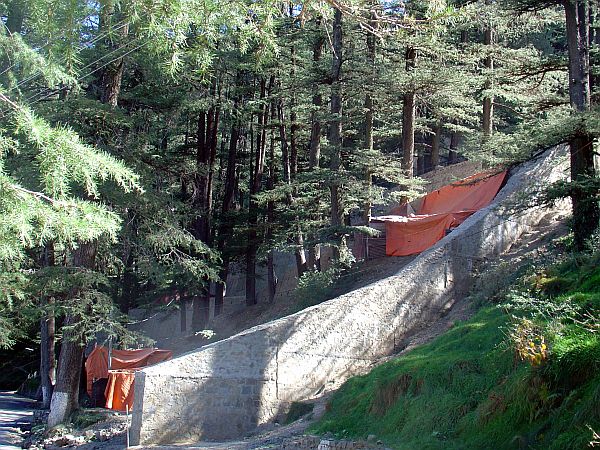 However, since construction began huge retaining walls have come up which have embedded at least 10 large deodar trees upto 30 to 40 feet, suffocating them for laying out big lawns.

Municipal laws only permit retaining walls of 3.5 meters but with authorities looking the other way about 16 meters high walls have come up and no one has intervened.

In a similar instance elsewhere, the High Court had stepped in to stop construction of large retaining walls of a religious congregation place that had embedded deodar trees in them.

Kehar Singh Thakur, forest officer urban when contacted said, “we will have the site inspected and if damage to trees in the protected zone is noticed, action will be taken.”

Deviating from construction plans in a core area such as Jakhu, the cottage being built has exceeded permissible limits and being a heritage zone, the offending construction is not compoundable, said Capt VP Sud, a concerned citizen. Damage to the precious deodars, is most hurting to any old timer citizen here, he added.

Height of the building has been raised in violation of the old structure and the permitted slanting attic has been converted into a full story, revealed municipal sources. 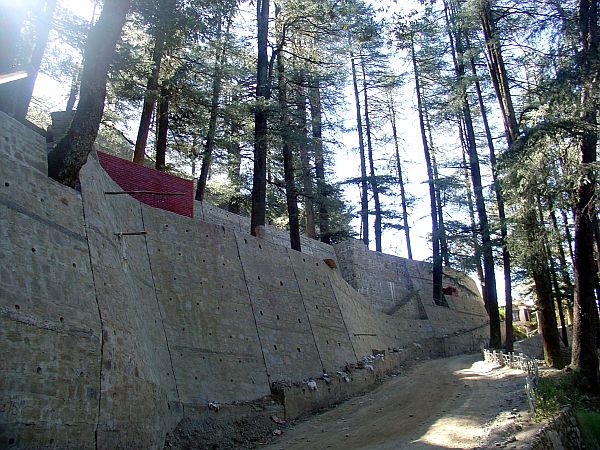 “Municipal authorities have issued stop construction orders but they have not been acted upon,” he said.

Government sources revealed that chief minister Prem Kumar Dhumal along with district administration officials also did inspect the site from a distance and asked for a report, sometime ago.