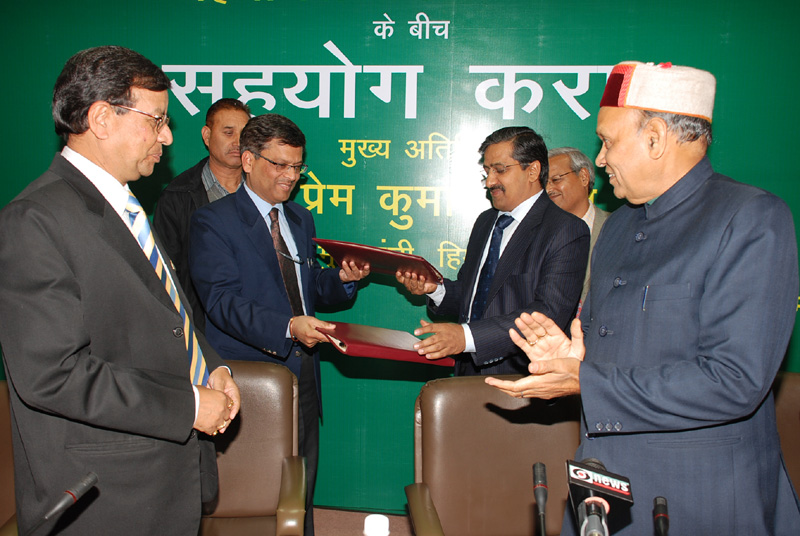 Shimla: Proposing to provide a extended branch gas pipeline into the industrial belt of Baddi Barotiwala and Nalagarh (BBN), GAIL entered into a cooperation agreement with Himachal government on Tuesday.

“The pipeline infrastructure would cost about Rs 300 Crore and is targeted to be completed by 2010-11,” said UD Choubey, CMD Gail at the agreement signing ceremony.

The pipeline would link the state with the national gas grid. “At present we are assessing the demand in the area, said Choubey. A techno-economic study would also be done for the project.”

The 65 Km branching pipeline is proposed to start out from Rajpura from the main line of Dadri-Yamunanagar-Nagal and after passing through Chandigarh would be extended to BBN area and would also provide gas to industries in Parwanoo.

Under the agreement the state and Gail would set up a coordination group, evaluate the modus-operandi of whether to implement the project as a joint venture or a GAIL stand alone project.

As a joint-venture project, terms for equity participation would be decided upon.

Speaking on the occasion chief minister Prem Kumar Dhumal said that gas would help to meet clean energy needs of the state. We intend to extend the gas supply network into plain areas of Sirmaur, Bilaspur, Damtal area of Kangra, Una besides the industrial belt of Solan, said Dhumal.