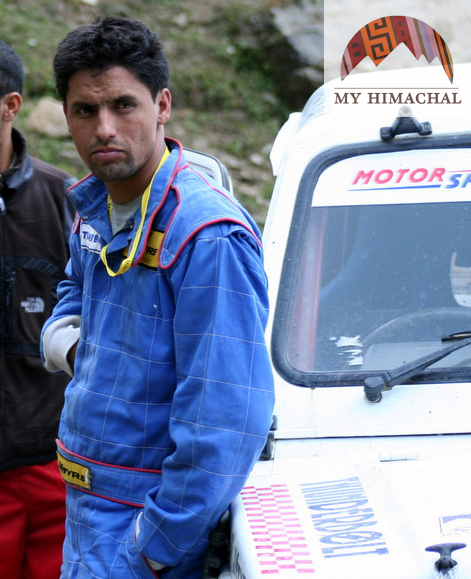 Suresh Rana, the one name which has made five consecutive wins in Raid-de-Himalaya, offers his recipe for success to motorsport aspirants as

“Mind should always be faster than the machine.”

You can see him driving white Maruti Gypsy (HP-66-1111) with “RANA” written on the driver’s window, Rana talks to winds in his darling gypsy to win numerous rallies. Planning to give chance to others Rana might not compete in the RAID, he said. If he happens to be on the RAID, he will not be seen in his Maruti Gypsy. You’ll see him in his newly sponsored 1600cc Maruti Baleno.

Know him better in his own words in shape of this interview:

Suresh Rana: I feel on top of the world. Its just great.

Disha Singh: The idea of motor-sports was given to you by somebody else, is that true? Can you throw some light upon your motor-sports journey till date?

Suresh Rana: Motorsports was always in my blood. Managing a local garage I literally breathed engines 24×7. This was fuelled by watching WRC/ WSC events on television. It was also when raid officials spotted me driving maruti gypsy in my area, and suggested me to take part.Hence the inspiration. I participated in the raid in 2001 when the event was started.

Disha: For those who don’t know your achievements, kindly enlist for them?

Raid De Himalaya 2004: over all 1st with MPI gypsy

Disha: Who are your prime inspirations?

Rana: I draw my inspirations from the mountains. Since this a sport nobody is keen about its difficult to draw inspiration sitting in a remote valley of the Himalayas. I am more or less self inspired.

Disha: What do you think about motorsports in Himachal Pradesh and in India? 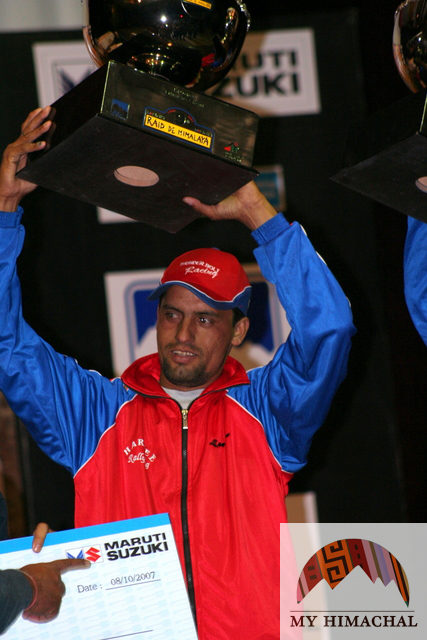 Rana: I think Himachal has great potential for motor sports. The Himalayan Car rally was one of the best rallies in the world. And it makes me wonder when will it start again. The rugged roads , amazing scenery, high altitudes and friendliest of people make it an ideal destination for testing man and machine. The HP government should do something to promote this sport and state as an international arena for car rallied.

Disha: What is your dream?

Rana: It would be great to be the INRC ” Overall Champion ” in 2009. I have won the championship just in the gypsy category. A dream is also to see this sport getting more popularity in our country.

Disha: Does Suresh Rana fear from something?

Rana: Yes I am very afraid of getting injected. 🙂

Disha: Your most unforgettable moments?

Rana: The worst memory was when the raid got stuck in Sarchu (the Himachal& J-K border towards Ladakh) and we all had to be evacuated. It was pretty grim as we could not do anything to the forces of nature. It was near death experience and the happiest moment also came in the same episode of being evacuated.

Disha: What do you do off-the-wheels? 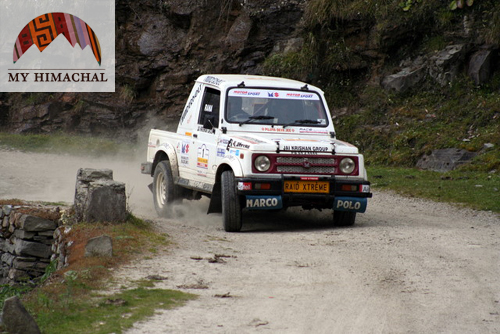 Rana: I run a motor garage and am planning to start India’s first ” Mountain Rally School” in Kullu.

Disha: Who is Suresh Rana in flesh and blood?

Rana: Suresh Rana is a simple human being deriving pleasures from small things in life and enjoying every moment that God life has to offer.

Disha: What problems are you facing and would wish the Government to do something about them, for the well of this daring sport?

Rana: I think Sponsorship is the main problem we small town daredevils face. Not being able to connect to the corporate world leaves us fund starved at the end of this very expensive sport. The Government should plan some serious sporting routes in Himachal and promote is as a key adventure sports activity.

Disha: Finally, your suggestion to the newbies in the world of motorsports?

Rana: Enjoy motorsports while remembering ” Mind should always be faster than the machine” . Play safe.

(Thank you Suresh for sparing your precious time with us.)