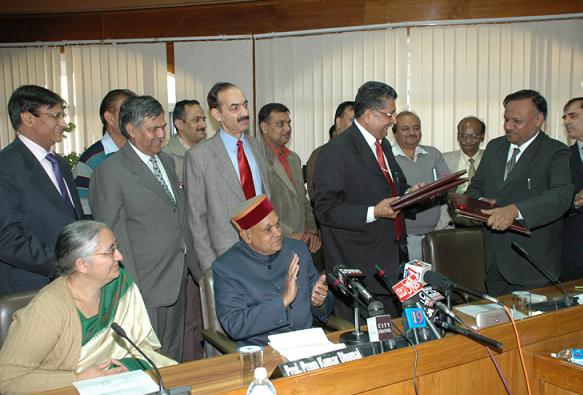 Ajay Mittal, principal secretary power on behalf of the government and HK Sharma, CMD for SJVNL signed the agreement in the presence of chief minister Prem Kumar Dhumal and chief secretary Asha Swaroop.

Speaking on the occasion Sharma said that at present costing the Luhri project on Satluj River would cost Rs 5200 crores and take about 7 years for construction, which involved a 39 kilometer long tunnel. The power generation cost would be Rs 3.50 per unit he said.

The Dhaulasidh project on Beas River in Hamirpur district would cost about Rs 230 crore and would be a generation project that would take about 4 years to construct, he said.

Speaking about the 412 MW Rampur project which is under construction, he said that because of poor geology encountered in the tunneling works a new approach tunnel had been excavated to speed up the work. The project was progressing to schedule, he added. 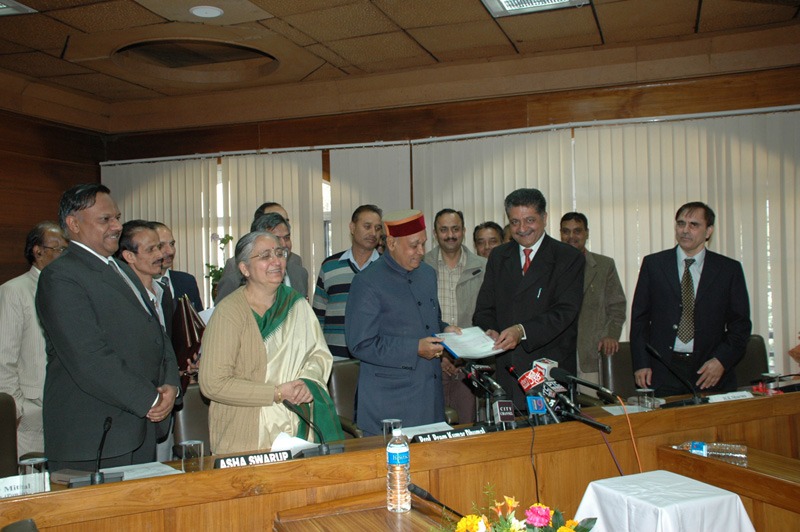 On the occasion Sharma also presented a Rs 2 crore cheque towards the chief minister relief fund.

SJVNL a Mini Ratna government company operates the 1500 MW Natpha Jhakri power plant and is a high profitable company in the joint sector with Himachal and the central government as equity partners.