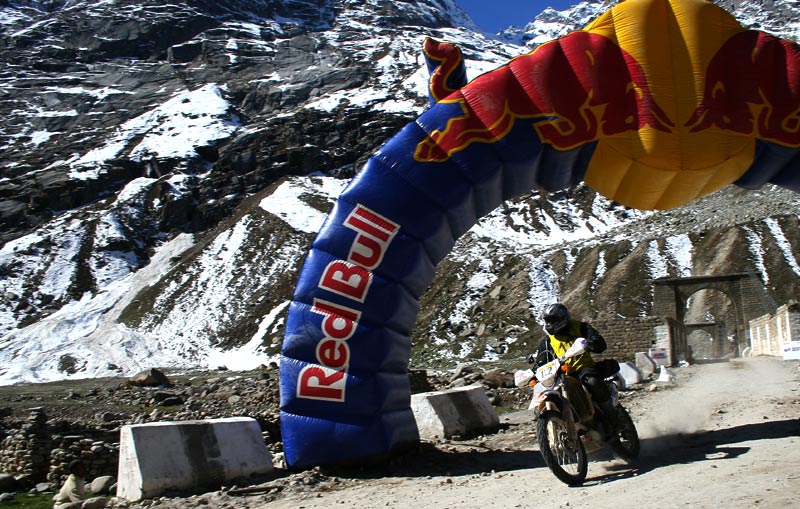 Shimla: Roughing it out in some of the highest lands on earth, the Raid-de-Himalaya spent the day 6 out racing in the Zanskar region of Ladhak, with Suresh Rana, four time winner leading the car section and Ashish Modghil in the bikes category.

With Rana maintaining his lead from Day, second in the four wheel X-treme category was Sanket Shanbhag, closely followed by Harprit Singh (Bawa) in third position.

Promising to be a close finish Cpt Amarinder Singh from the Army was in fourth position and Anil Wadia had climbed into 5th position on Day 6. There are still 19 four wheelers left in the fray, said Navdeep Thareja over phone.

Giving the boys a run for their money Austrian Klaudia Honeder, the lone women biker in the X-Treme category was in 6th position and there is still a day of competitive sections to be done. Only 17 bikers were left in the fray.

Bhaskar Ramani, who was holding a good lead in the bike category till four was knocked out of the rally on day five as his bike skidded near Baralacha, leaving him injured with a fractured wrist. â€˜He is out but safeâ€™ said a spokesman for the organizers.

Of the 132 rallyists that started out from Shimla on October 2, only 79 have survived the Himalaya Raid so far and made their way back to Kargil for the night halt on Tuesday.