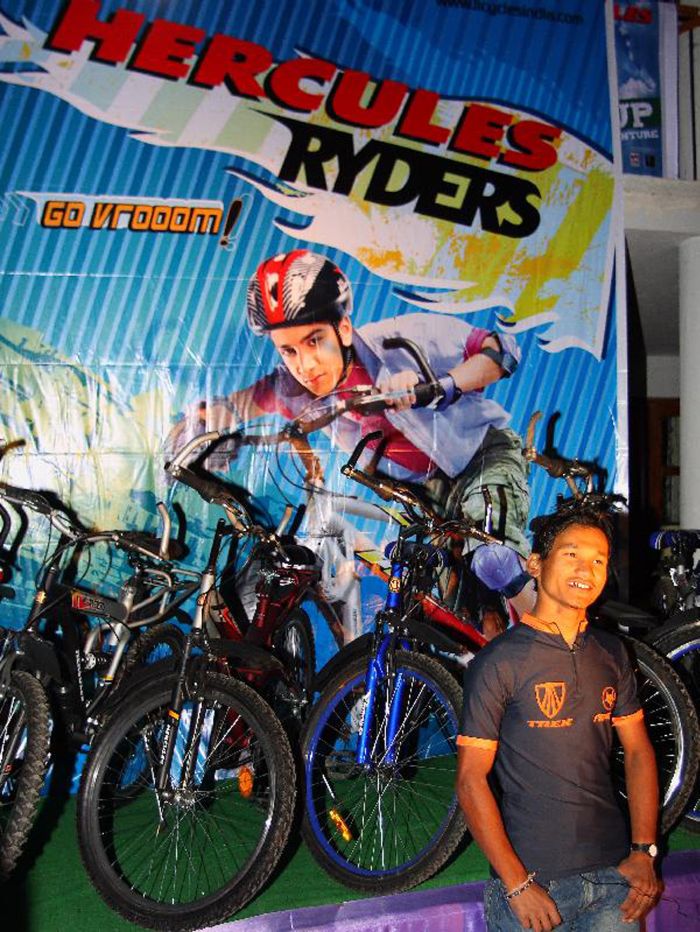 The 4th edition of Hercules MTB Himachal championship was won by Padam from Nepal (Firefox Team) after beating 70 other equally spirited and energetic challengers. The cycle rally like every year was held in the scenic land of Himachal Pradesh from September 26 to October 06. Padam took 13 hrs 19 mins 57 secs time to scale through the grueling hills and valleys of the picturesque Himachal mountainside. [/lang_en][lang_en]

He was trailed by Ramesh Chandra Joshi from India (Army Adventure Wing) followed by John Nobile from USA. Conceptualized by Himalayan Adventure Sports and Tourism Promotion Association (HASTPA), and Hercules part of TI Cycles, the rally tests the grit and strength of the participants. The ten day event covered 750 kms and begun at Shimla as the participants raced their way off through Tattapani, Mandi and Kullu. The prize distribution function was held at the Mountaineering Institute auditorium, Manali.

A memento and cheque of 1 lakh was presented to Padam by Govind Thakur, the Chief Guest for the prize function. The total prize money was 6 Lakhs.