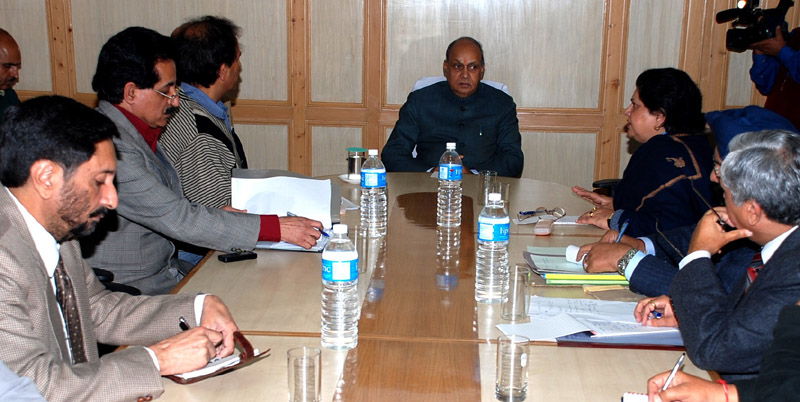 41 persons had been killed in the state during past two days.

Karamapa and his team had been reported safe and evacuated towards Leh from Bharatgarh beyond Baralacha pass while rescue teams had already been rushed to rescue remaining stranded people in that area.

Border Roads Organization (BRO) had started snow clearance of Manali-Keylong-Baralacha-Sarchu highway on war footing and assured to clear the road within shortest period of time.

CM directed the Public Works Department to work over time to make all the roads through within shortest period of time and added priority given to the areas which had yet to send its apple produce to the markets.

Shimla town was getting only 11.5 MLD (Million Litres Daily) supply against its requirement of 35 MLD, and efforts were afoot to restore 60 percent water supply by today evening.