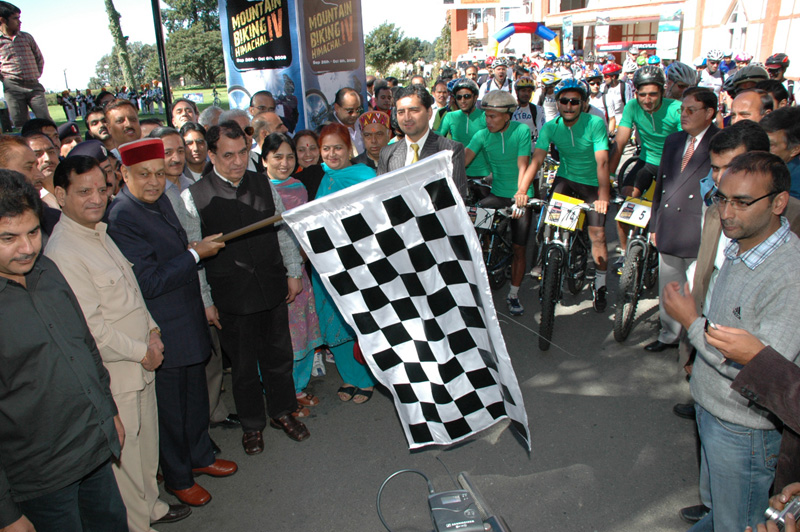 The “Hercules Mountain Biking Himachal-2008” was flagged off today by the Chief Minister P.K.Dhumal as he asked the participants to be the ambassadors of Himachal Tourism and motivate people to encourage tourism and treks in Himachal. The rally, organized in association with “Himalyan Adventure Sports and Tourism Promotion Association” expeditions was flagged off from Hotel Peterhoff today.

The flag off which also marked the celebrations of world tourism day would see its last phase on 6th of October at Manali. The rally not only put the cyclists guts to test but also introduce them to part of the state which is pristine and undiscovered. 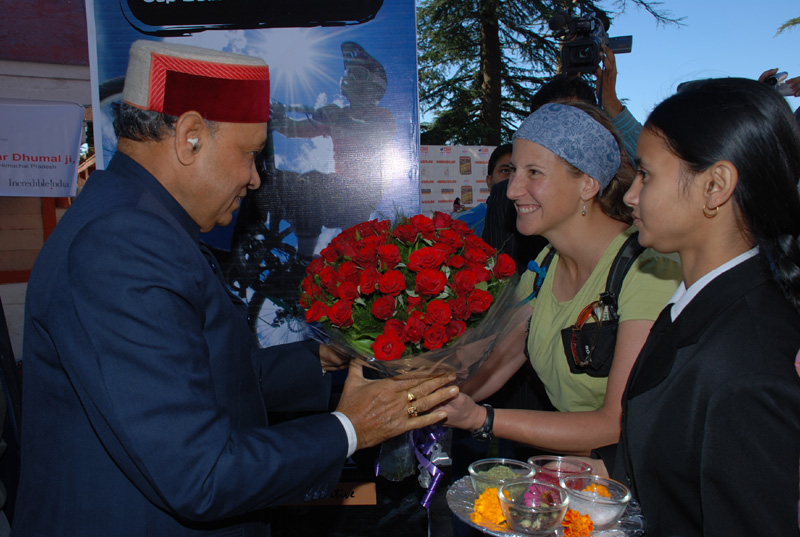 The CM welcomed all the participants and wished them the best and memorable time. Manisha Nanda, Secretary Tourism welcomed the Chief Minister and said that the State was committed to promote unexplored tourism and that the State had adopted the policy of “Himachal for all seasons and all reasons”. Mohit Sood, President, Himalyan adventures sports and tourism promotion association welcomed the Chief Minister and detailed the events while Raghu Ram,Vice President of Hercules cycle also spoke and encouraged the participants.