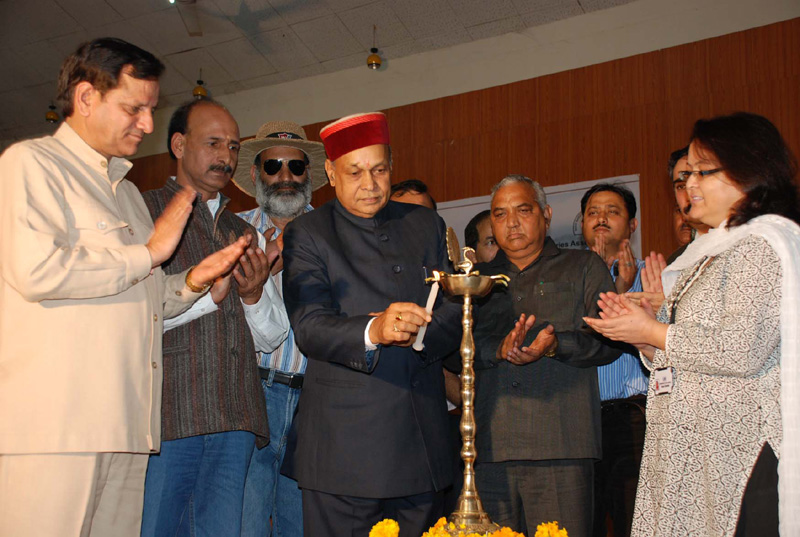 Inaugurating the two day 3rd Job Fair 2008 organized by CII HP and Baddi-Barotiwala-Nalagarh Industries Association at Kangra, P.K.Dhumal, the Chief Minister said that he would be raising issues of mutual interest in the Northern States Chief Minister’s Meet scheduled for the 29th of September and a trade centre would be set up at Baddi at a cost of 10.80 crores and 12,000 rooms to be constructed by industrialists.

He announced that the Haryana Government had agreed to construct Pinjore-Swarghat Road as four lane Road and Chandigarh-Baddi road also to be constructed by Punjab Government by June next year. Also, a land bank of 6000 bighas was being created by the Himachal Government to save them from getting cheated at the hands of the property dealers in the industrial areas. Emphasizing on the need for appropriate residential facilities to the industrial workers in all the industrial township in the State, he welcomed the members of the Baddi-Barotiwala-Nalagarh Industries Association and CII and thanked them for organizing Job Fair at Kangra to select eligible unemployed youth in various industrial units in the State.