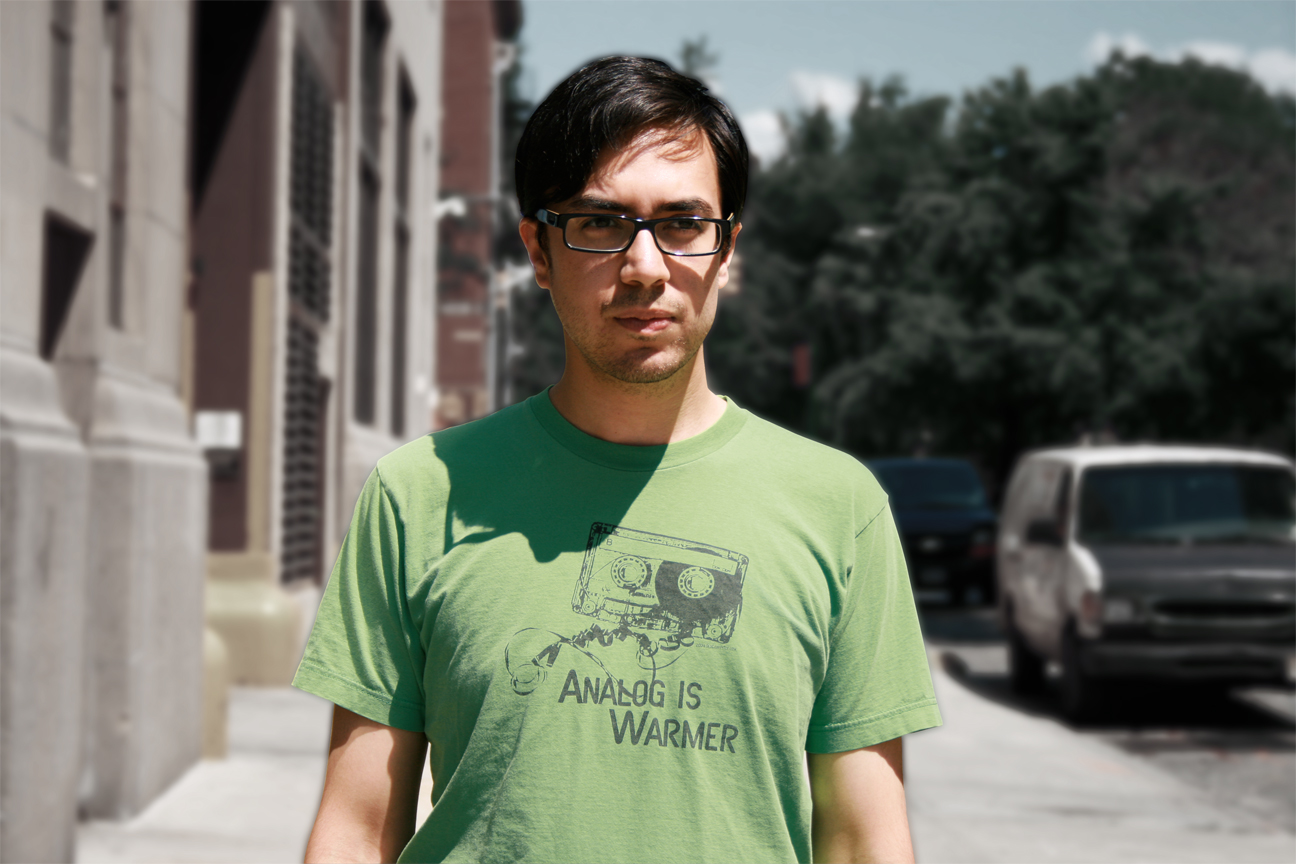 Praveen Sharma is a household name on the web when it comes to music. With his second album along with Benoit Pioulard aka Thomas Meluch launched on 19th August, he is all set to rock the charts. An avid live performer and event organizer in New York City, his roots trace back to Shimla and thats what inspired his music of the second album called ‘Songs Spun Simla” when in the recent years visited the town with his family.

“Songs Spun Simla“, the six-song collaboration between Praveen & Benoit Pioulard seems to comprise a travelogue where each song evokes the feeling of a landscape,emotions well described through musical notes and varied sounds. The album is rightly an emotional journey which phases through melancholy and phases and its use of traditional instruments in an electronic setting is interestingly executed.

*Hi Praveen! You have a good fan following on the internet but for those who aren’t familiar with you, please introduce yourself.

My name is Praveen Sharma – I go by the name Praveen for my music. I’ve previously released music for labels such as Ghostly International, Expanding Records, Neo Ouija and Moodgadget.

*How your journey into the music world did begin?

Honestly, I was involved with music at a very young age but it wasn’t until I saw the hip hop group Run DMC on MTV that I knew I needed to create electronic music. The sounds from their drum machines and synthesizers were so raw and different that I was instantly attracted to the notion of electronically created sounds.

*Which would be your favorite instrument?

This is a hard question. I appreciate the drums, piano, harmonium and guitar equally. Depending on my mood, my instrument of choice will change. Drums and Piano are most likely my favorite instruments. The piano might seem to have limited expression in comparison to more visceral instruments like the guitar, but it makes up for this with its powerful dynamic range.

*Your debut â€˜Backed by Spirits’ on the now-defunct Neo Ouija imprint was in early 2005. How did you find the response from the industry?

The response from the industry was fairly good. Most of the major criticisms about Backed by Spirits were targeted at its lack of true dynamic instrumentation. The acoustic elements on that album were for the most part secondary to glitch driven electronic beats and sounds.

*How has the journey been since then? Have things changed?

Instrumentally, a lot has changed. Songs Spun Simla contains a much more mature blend of both acoustic and electronic instruments. The next album will take this concept even further. I’ve learned that the perfect sound or melody can come from anywhere, any instrument, you just have to be willing to experiment. Cheap toys, closing windows, very elemental sounds, can all have just as much impact as traditional instruments.

As far as why I write music, where it comes from, and who its for – nothing has changed. 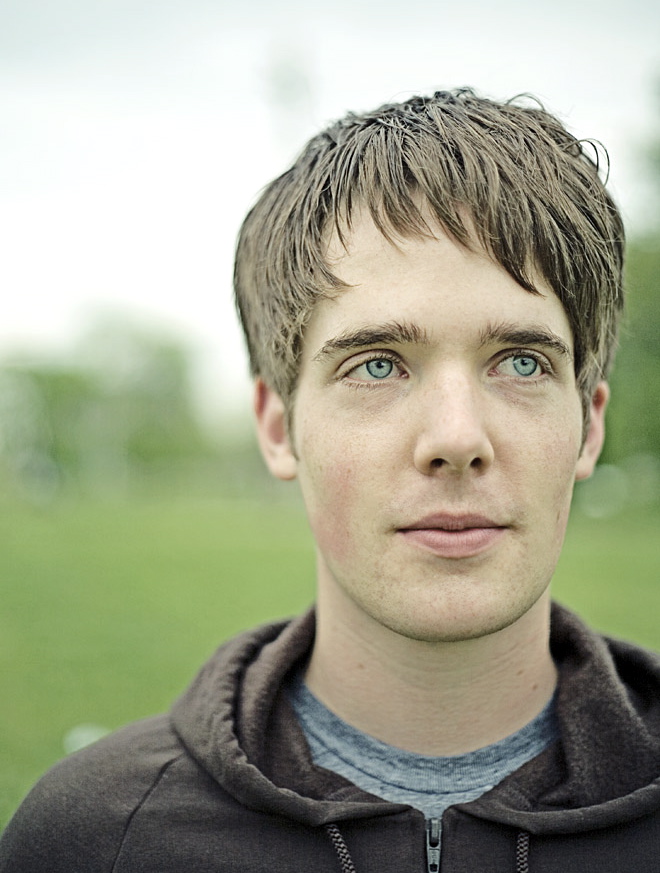 *You have collaborated with Tom aka Benoit on your latest album â€˜Songs Spun Shimla’. Living far off, how did the collaboration occur?

I originally met Tom through a website he was contributing to, Atmsphr.org. He had reviewed my album while he was working at Ghostly International and contacted me to let me know. After we spoke – he played me some of the first music he was planning on releasing – what became the “Enge” 7″ on Moodgadget- I absolutely loved the music and we stayed in touch musically after that. Eventually we joked about the idea of collaborating when we met during a few of his visits to NYC. I sent him some of “Songs Spun Simla” and he loved the idea.

* In the album, Tom has usually done the vocals and you have done the music. What binds you to instrumental music?

Actually, I sing on almost all the songs – the listener just never hears it. I haven’t yet grown comfortable with my own vocals to keep them in the final recordings.

*Which would be your inspirations? Favorite bands?

Well, Tom’s own music is a huge inspiration. Other than that, Satie, and Mice Parade are direct influences. In terms of what inspires my music – it is purely fueled by emotions. There is a melancholic thread throughout my music which seems to become ingrained during periods of extremely unexpected loss and/or longing. I won’t go into it here, but I think that the next album will be my best yet.

*Songs Spun Shimla-is an interesting name! What is the story behind it? Tell us about your visit to Shimla and your roots down here!

I visited Shimla with my father a few years back. He hadn’t returned to India for a very long time, and I had never seen Shimla, his hometown. We flew into Delhi, traveled to Chandigarh and then up to Shimla. It was here on the small train up the mountain to shimla that the opening story to Songs Spun Simla was recorded.

All of the distant family visited and environments experienced during this trip were the inspiration behind “Songs Spun Simla”.

*How did you find Shimla?

I loved shimla! It was by far one of my favorite places to visit. Its altitude and incredible views were breathtaking. I still treasure the pictures I took and the memories I made during my visit there.

*One of the tracks from the album has been named â€˜the tunnel is still there’. Does it hold any relation to your journey to Shimla?

Yes, as I mentioned, the story at the beginning of the song was recorded on the train ride up the mountain to shimla. It’s a story my father is telling me about a failed tunnel built into the mountain. It sets the mood for the entire album. You’ll have to listen to the story to hear how it ends!

*You run Percussion Lab, a hub for underground electronic music and exclusive DJ sets. What’s the whole concept behind it?

Percussion Lab is a platform to feature live and DJ sets by established and upcoming artists. We’ve been streaming music from the site for nearly a decade now – and have recently been doing large scale events here in NYC. We’ve hosted artists such as Jimmy Edgar, Flying Lotus and Daedelus in the past.

* Are you planning to go visual for Songs Spun Simla?

Hopefully! I believe there are plans for a “Death as a Man” video.

*Do you plan to launch yourself or come up with live shows in India in the future?

Performing live has to be worked out soon since Tom lives on the opposite coast than I. I have band members willing to rehearse at any moment – hopefully we can make something happen.

*You are a well known figure on the internet. What’s your take on the relationship between the Internet and music?

Well known figure on the internet? That’s interesting to hear.

The Internet has consistently been a resource for me musically. It empowered me to share my music with others, get the feedback of artists I respected across the globe and also for “Songs Spun Simla”, has allowed for the collaboration with Tom on the other side of the country.

I am a firm believer that although there is a lower signal to noise ratio in terms of quality, the actual signal there, is more varied, diverse and interesting than before.

*What’s your next project?

I am currently working on the next album, which so far is far more bombastic and live-drum heavy than “Songs Spun Simila”. I’ve recently gone through the intense loss of my most loved friend so I feel like that will serve as the source of more minimal and melancholic “Songs Spun Simla” type music.

* A word for the music enthusiasts in Shimla/India?