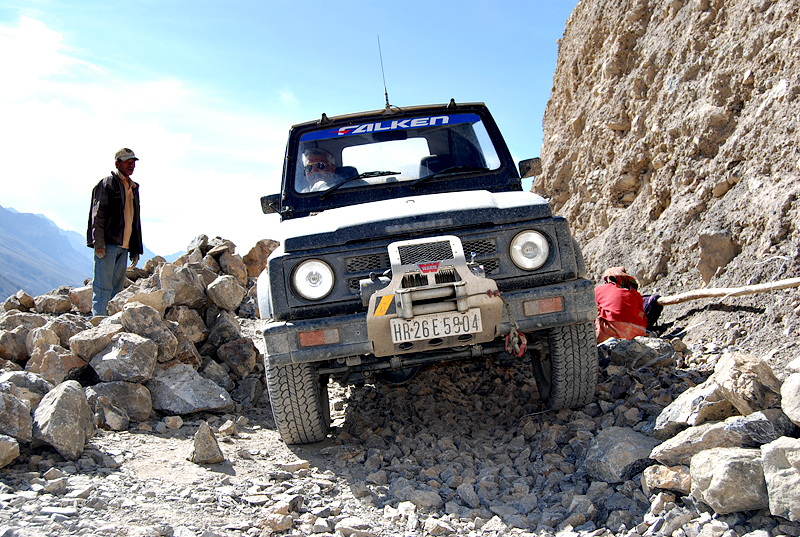 The 10th Raid De Himalaya Rally will be held from 2nd to 9th October, 2008. This year the event would cover a distance of 2050 kms through rugged terrains of Himalaya including Shimla, Sangla, Manali, Kaza, Keylong, Sarchu, Leh. The Raid would finish at Leh on October 9, 2008 followed by a prize distribution ceremony at Leh.

The 10th Maruti Suzuki Raid De Himalaya will be flagged off from Hotel Peterhoff Shimla on 1st October, 2008 by Prem Kumar Dhumal, the Chief Minister. The event is being organized by the State Department of Youth Services and Sports. The rally plans to cover Shimla, Manali and Sangla in the first leg on October, 2nd and the second leg on 3rd will pass through Kaza and Tabo. On 4th October the rally would cover Kaza-Komik-Pin vally while on 5th October, the rally will pass Kaza-Keylong-Patsu. On 6th october the rally would reach Leh via Patsu-Sarchoo-Pong-Rumtse. A part of the Public works Department would put up 3 distance Clibration Board on Navbahar-Bohimia road from 28th September to 1st October, 2008 to help the rally go on smoothly.

The event is open for cars and motorcycles. Most of the top ranked national rallying teams have entered the event. The Indian Army had entered 10 teams while there are 4 women drivers, the 4 wheeler category while 5 foreigners have entered in the 2 wheeler category riding Indian made motor cycles. The total number of entries received for the vent stand at 135. This number of entries is an all time record. In the 4-wheeler category there are 36 entries, including 59 for the Adventure Trail and 40 in the 2-wheeler category. Cash prizes and trophies will be given to the top five competitors in each of the three categories totaling Rs. 10 lakh.

For those who love biking around in rough terrains don’t forget to check Mountain Biking Himachal Challenge 2008 to begin from September 26th.