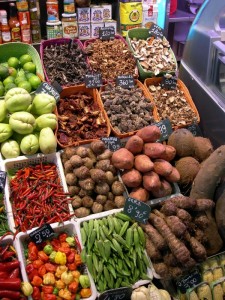 Shimla: Himalayan International, a Himachal based company, has gone in for a Rs 3.24 crore contract farming vegetable project in Poanta Sahib area of Sirmaur district with financial back-up provided by NABARD.

Malik said that the fresh vegetable grown under the project would be exported to the Gulf Countries and marketed in big metropolitan cities of the country depending upon the demand for the vegetables. Only those vegetables would be grown which have an demand in the international market, he said.

Malik disclosed that his company has an agreement with Reliance Agri Fresh and Walmart to sell vegetable through their outlets in metro cities. Negotiations for tapping the international markets with the companies is going on, he added.

The chairman said that about 150 families had been selected for the contract farming project and factors like soil fertility, irrigation facilities and road connectivity were taken into consideration were taken into account for contracting farm lands.