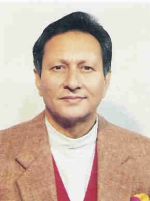 Mankotia, speaking to the media said that he was seeking Governor VS Kojke’s intervention in asking the government about an order given during the 1983-89 period for withdrawing of the Kinnaur Gazetteer that was published in 1971 and destroing each copy of it.

He claimed that in place a new gazette was printed, in which some facts about the lineage of the Kinnaur royal family were tampered with and ‘deliberately deleted.’

“The reported and alleged tampering of the Gazetteer, if any, would merit immediate investigation,” he said adding “If these allegations, after inquiry, are proved to be correct then it would mean that a criminal conspiracy was hatched to tamper an official document, to destroy and erase recorded history, which is a criminal offence.”

The BSP state convener cautioned the Dhumal government about attempting a cover up on the acts of omission and commission of the previous congress government.

He said, “BJP government has reiterated many times, during the election campaigns and after coming to power that all acts of corruption would be investigated and the guilty would be booked.”

Talking about the audio CD that allegedly contains a recorded phone conversation of former chief minister Virbhadra Singh with a former bureaucrat he said, “a proper investigation into the matter has not been initiated even after having been in power for six months.”

“The Dhumal government should not attempt a cover up and befool the states innocent people for the issue had become a major election issue which BJP and the chief minister committed to get thoroughly investigated, he said.

He claimed that he had submitted a set of documents and other material, which included the original audio tape with the recorded phone conversation to the police for investigation..

Mankotia also contested use of the title ‘Maharaja’ for the Padam Singh memorial cricket tournament that was inaugurated by the governor at Rohru recently. Terming it as ‘flights of false grandiose’, he said other than the Sirmaur royalty, the British had not conferred the ‘Maharaja’ title on any royal house of Himachal Pradesh.