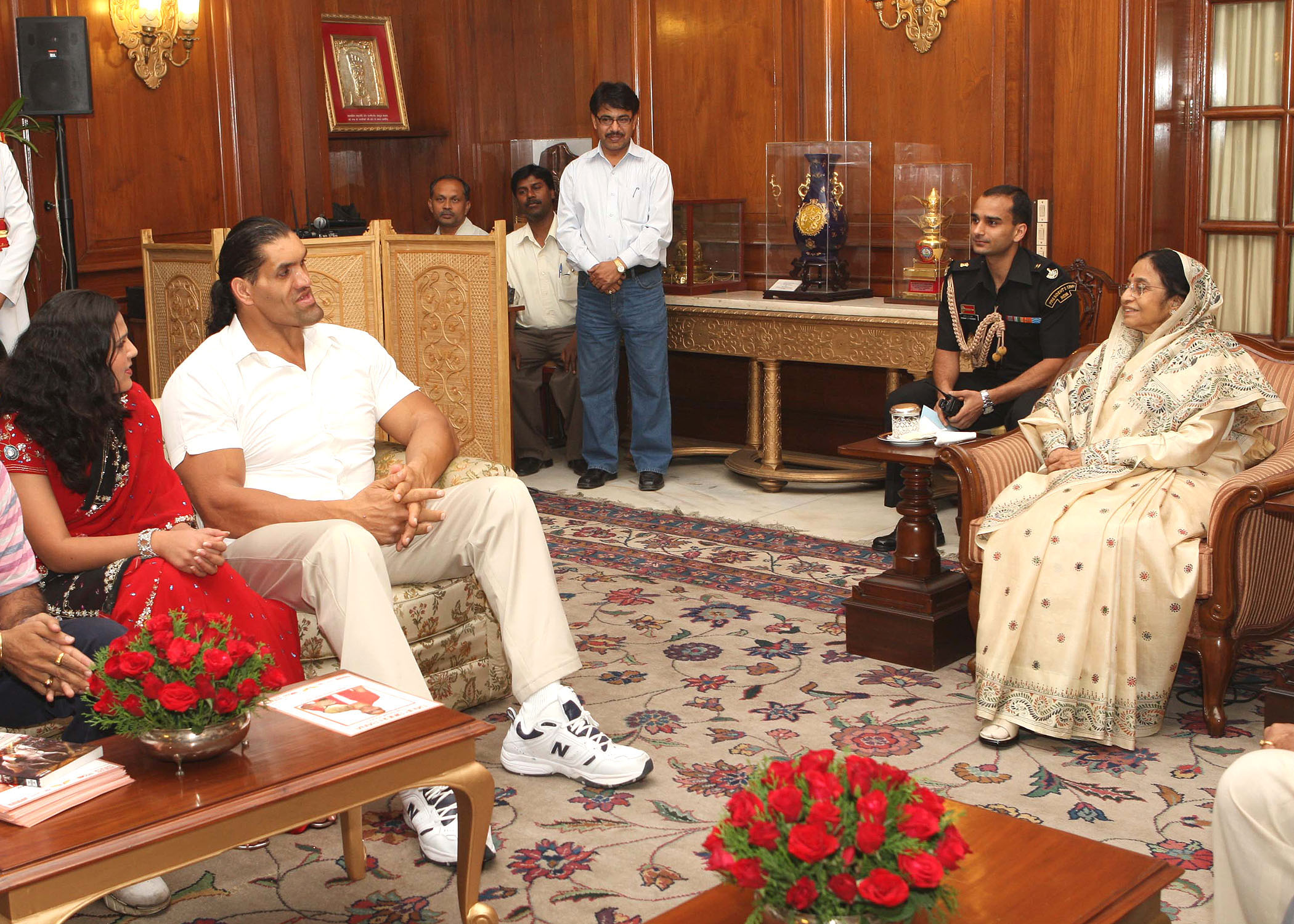 Shimla: From humble laborer to Great Khali, who has large global audiences spell bound, the metamorphosis is complete.

The Dhiraina villagers of Sirmaur eagerly await the return of their mate Daleep Singh Rana, who is the sole Indian challenger out there fighting his way in the World Wrestling Entertainment (WWE) bouts.

The humble dweller has a new house suiting his height and stature in place.

The Himachal Pradesh government has endorsed his achievements by calling him international brand ambassador of the hill state. Back home plans are afoot to honor the Great Khali.

The country has already done him honor for none other than first citizen President Pratibha Patil granted the mighty wrestler an audience today.

Over a decade ago, Daleep Rana could be spotted as a guard at an arms dealer shop near The Mall Road in Shimla.

His unusual size did keep one in awe, even then.

After all one does not come across a 7.3 feet giant for a man around easily in these regions

Stories of his might abound around Rohru in Shimla hills, where the gentle giant manual labor jobs have become legends. The locals who loved to ride on the roof tops of buses could alight easily if the simple Daleep was around. He would lift the passengers with ease from the roof top and drop him on the roadside. While loading logs, where fellow workers would team up in twoâ€™s of threeâ€™s to lift one log, the Great Khali would lift two single-handedly.

From Himachal, to being recruited by Punjab police, to the world wrestling entertaining arena with even a stint in Hollywood, the story of Great Khali is a well documented tale that is still unfolding.