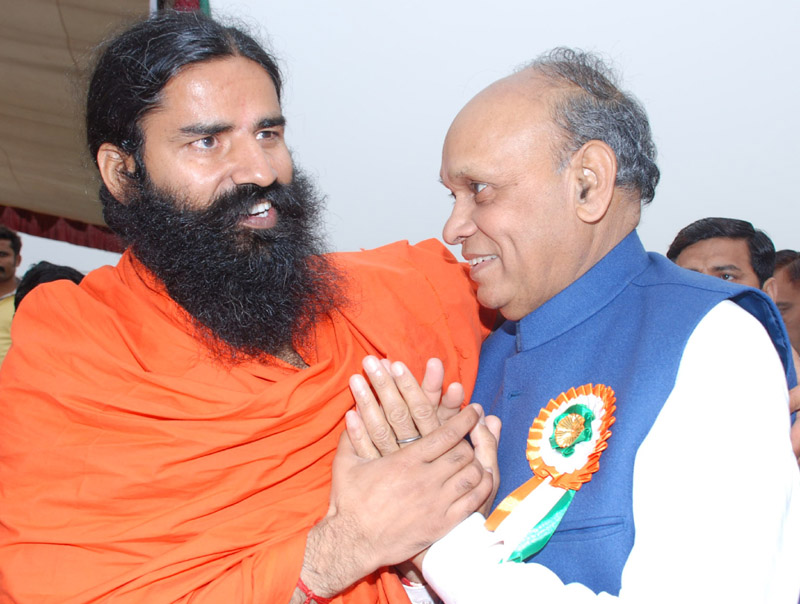 Chief Minister P.K.Dhumal today inaugurated a six-day long Yog Vigyan Shivir that has been organized by the Patanjali Yog Peeth, in Haridwar at Bilaspur.

Thanking Swami Ramdev for holding the third Yog Vigyan Shivir in H.P., he said that the state has 7.32 percent of the total bio-diversity of the country, which if exploited scientifically could benefit the state on the basis of Ayurvedic medicines.

Knowing that a major chunk of state’s population is dependent on agriculture for livelihood, the government is making efforts to diversify agriculture sector and motivate farmers to cultivate cash crops, flowers and herbs that can help them generate additional income, he added. Welcoming the decision of Swamiji to open Patanjali Yog Peeth in Himachal Pradesh, he assured the organization all possible help. He said that the state government is exploring on various possibilities for it to emerge as health tourism destination.