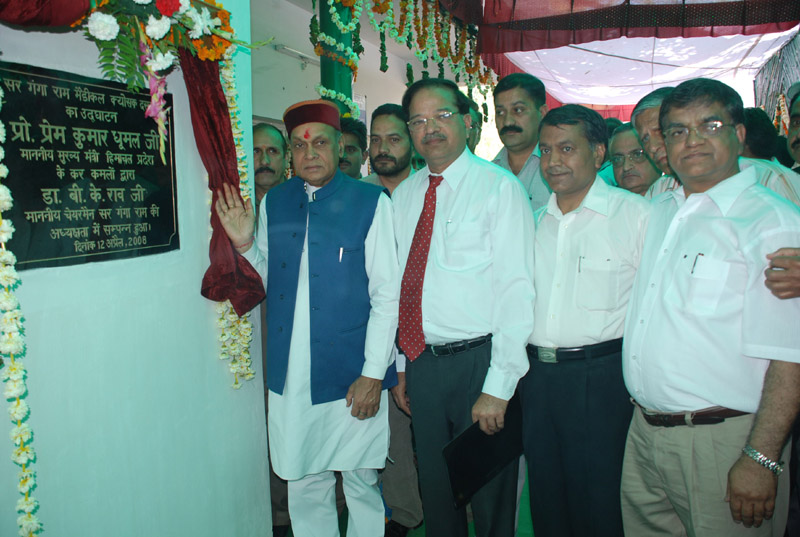 Addressing a largely attended public meeting amid heavy rains at Dasmal village of the district today, he charged the previous Congress government for befooling the people of state on the issue of opening of new Medical Colleges in the state. Congress led government even failed to fully equip the two Medical Colleges at Shimla and Tanda with the necessary infrastructure as a result, people suffered much. 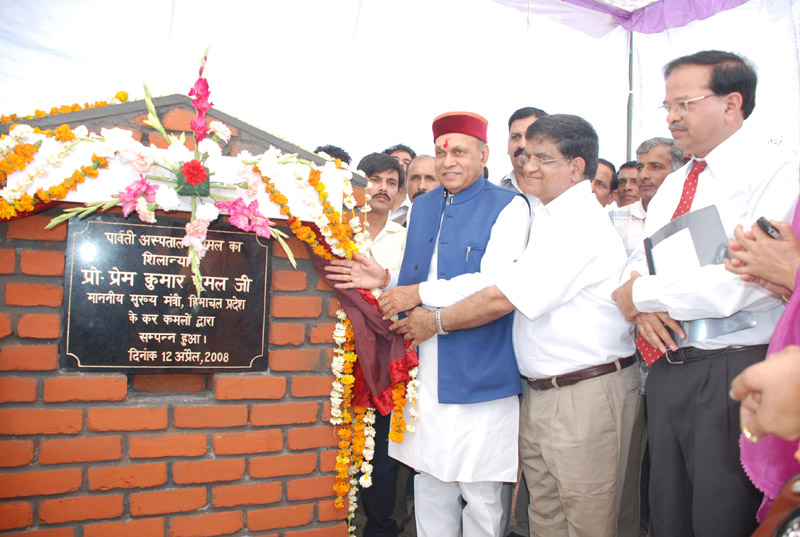 He said that quality infrastructural facilities of education, health and roads would be strengthened in rural Himachal Pradesh to contain migration of rural masses to urban areas for various reasons. State would sponsor physicians for training by kidney specialist Dr. D.S. Rana, Sir Ganga Ram Hospital, New Delhi in Nephrology.

Chief said that major chunk of the State population inhabitants the rural areas where quality infrastructure in health, education and communication was yet to be strengthened to match urban standards. He said that efforts were being made to create such infrastructural facilities in the villages so that villagers did not have to travel to urban areas for availing of various basic facilities. He added that it would also go a long way in decongesting the towns, where every basic amenity was falling short of requirement.

Prof. Dhumal said that the State Government would be crediting the people who had excelled in their lives and were contributing towards the people of the area they belonged and the State. He said that such people were source of inspiration to rest of the society and such individuals would be duly recognized. He said that if every successful person was committedly contributing towards the upliftment of the weaker sections of the society, the entire State would witness revolution in different sectors and the picture of the area would sea change. He said that there was no dearth of talented and successful people in the State who had made their name in different disciplines thereby bringing laurels to the State and the area they belonged to.

Chief Minister also released the book “Village Resource Centre-An Offering -Bridging the Gap-Urban and Rural, authored by Dr. B.K. Rao, Chairman, Board of Directors (BOD), Sir Ganga Ram Hospital and a CD on Tele-Medicine System. He also dedicated the ambulance to the people of the area at the disposal of Parbati Devi Hospital, Dasmal.

I.D. Dhiman, Education Minister said that medical education had witnessed revolution in research and treatment and tele-medicine system was gaining popularity with the educated people conversant with Information Technology. He said that the absolute majority of BJP had helped in formation of the Government in the State. He said that people of the State deserve all appreciation for right decision.

Dr. B.K. Rao, Chairman, BOD, Sir Ganga Ram Hospital, New Delhi, welcomed the Chief Minister and said that the model implemented in Dimmi would be replicated in rest of the country on its success to build a strong healthy society by providing specialized medical services in the rural areas.