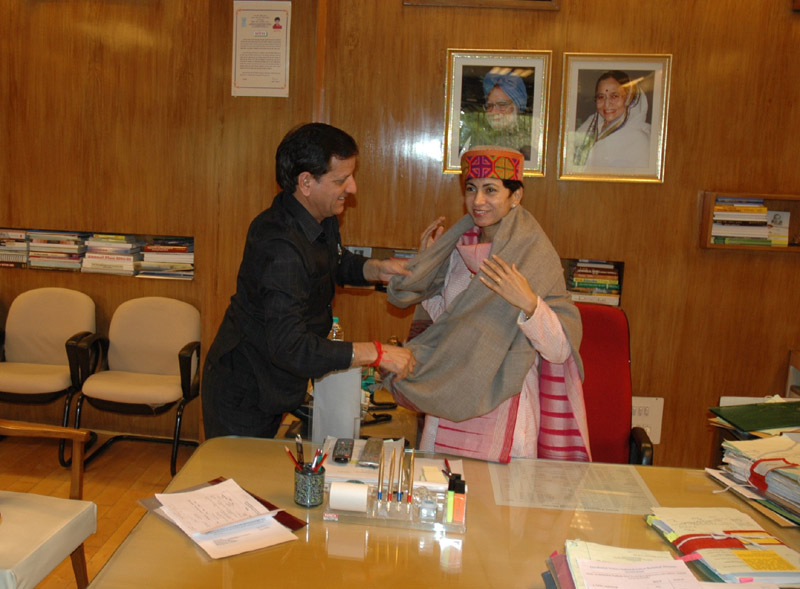 In a meeting with Kumari Selja, the union urban employment and poverty alleviation minister, at a meet in Delhi Kapoor said that by spending Rs 18.26 crore for constructing 636 housing units for the urban poor, problem of slum dwellers in the hill capital would be over.

The project would be undertaken under the â€˜Basic services to urban poorâ€™ scheme, he added. Construction of the houses would begin sometime during the current financial year and by end of 2009 the houses would be handed over to the beneficiaries, he said.

Regarding housing units in other towns, the minister said that 816 housing units involving a cost of Rs 16.18 crore are to be constructed at Hamirpur, Dharmshala and Solan towns under the integrated housing and slum development projects.

These houses would be provided to poor people whose annual incomes are below the poverty line, the identification for which would be done by the urban local bodies, he said.

However Kapoor resented that given the high costs involved in constructing houses in hilly terrains, the central government needed to enhance the Rs 90,000 limit for a dwelling to Rs 2 lakhs. The minister asked the centre to include all 52 hill towns in the state for the scheme.