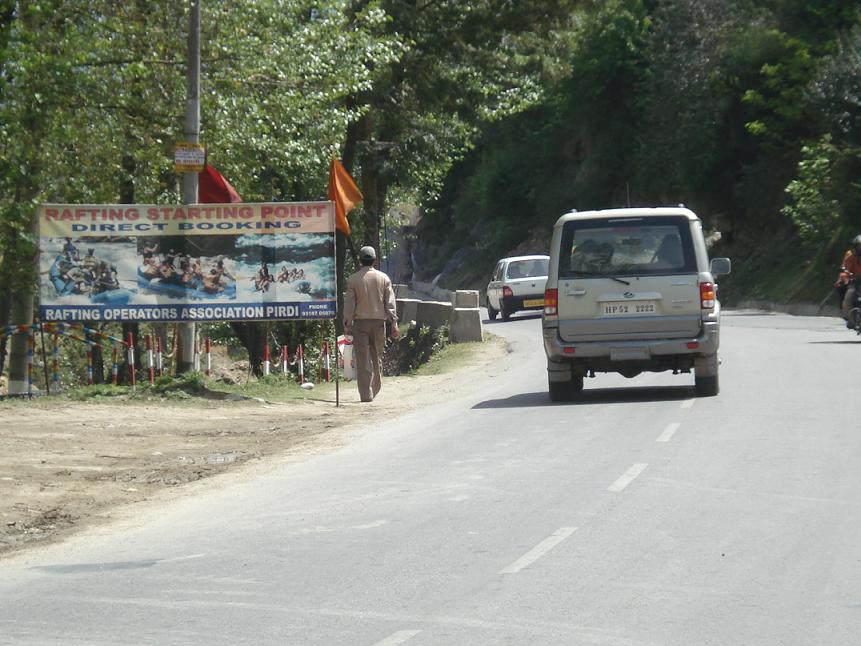 It was on 5.10.2002 that the PWD issued a letter which stated that unauthorized roadside hoardings and advertisements should be removed immediately. The orders were issued to comply with the directions of the apex court. The guidelines framed thereafter read as follows:

The hoardings will not be allowed in the acquired width of the national and state highways and other scheduled roads as they cause traffic hazard and are against the instructions of the Government of India.

As far as the roads are concerned, the concerned Superintending Engineers looking after the roads shall be responsible for the implementation of these guidelines.

We also hold the district magistrates of the various districts and the SDMs in the various divisions responsible to personally check each and every hoarding and if the hoarding/advertisements/neon signs are not in accordance with the guidelines it shall be ensued that the same are removed within a period of two months (from the date of decision. i.e. 27.8.2007) 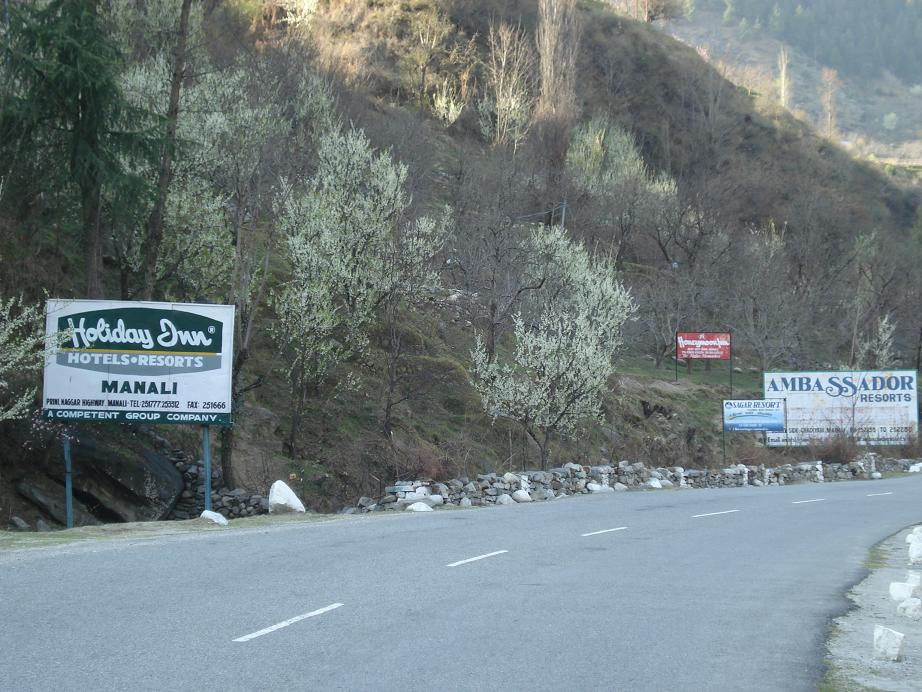 However, the above photos portray that the orders of the HP High Court had not been followed. The Kullu-Manali highway are full of such hoardings which is an open violation of the High Courts orders. This first photograph has been taken on left bank near Manali.

The second photgraph was taken near Kullu.