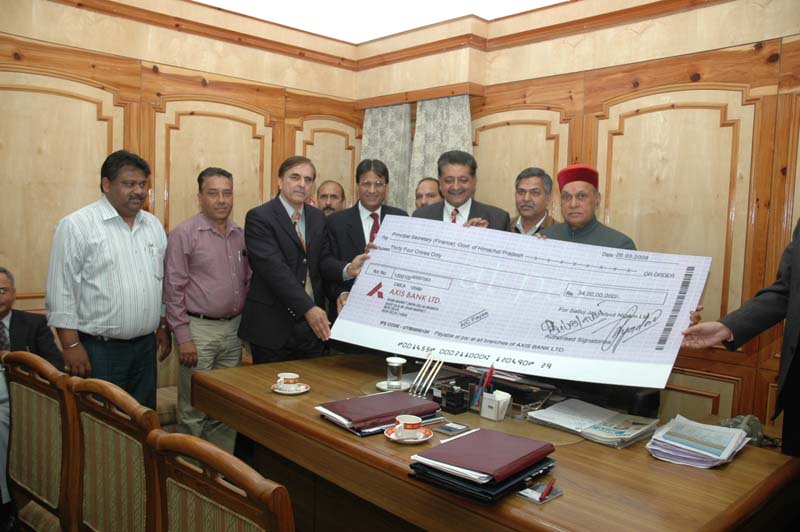 Shimla: State governmentâ€™s equity participation in the countryâ€™s largest hydro power project is paying rich dividends. Satluj Jal Vidyut Nigam (SJVNL), the public sector undertaking managing that operates the 1500 MW Jhakri plant announced an interim dividend of Rs 136 crore today out of which the Himachal governments gets Rs 34 as its share for the year 2007-08.

HK Sharma, the chairman-cum-managing director SJVNL along with other board directors today handed over interim dividend cheque of Rs 34 crore to chief minister Prem Kumar Dhumal for the states 25 percent equity participation in the corporation. The central government which held balance share in the project would be paid Rs 102 crore, he added.

On the occasion Sharma informed the chief minister that SJVNL had generated a record 6343 million units of power at Jhakri in 2007-08, against an generation of 5941 million units achieved in the previous year. Efficient silt and machine management had led to a obtaining better generation, he said.

The joint sector corporation is eyeing more projects within the country and abroad. Recently, it was able to win a international bid for setting up a hydro project in Nepal. Himachal has already allotted the 412 MW Rampur project and the 750 MW Luhri project.