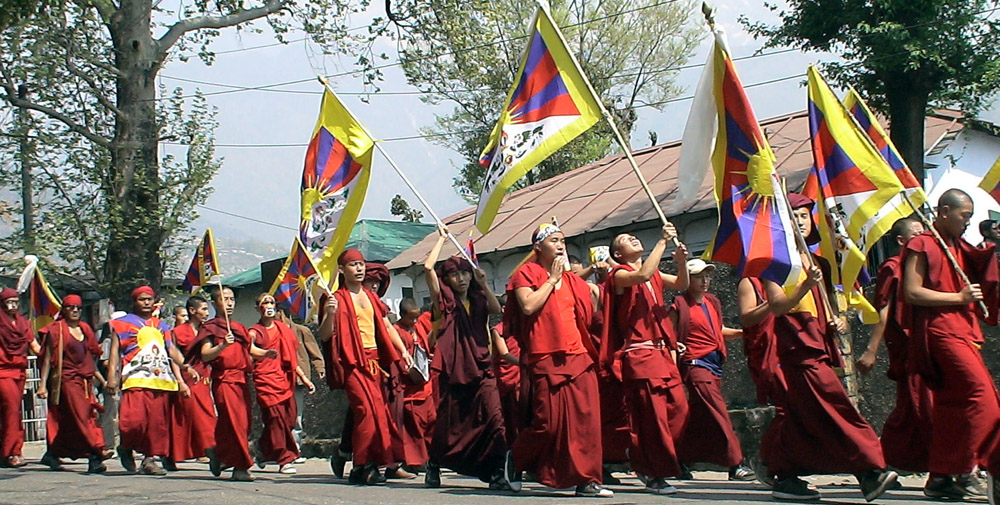 DHARAMSALA: Prime minister of the Tibetan government-in-exile Samdhong Rinpoche said here today that Tibetans inside Tibet are facing a “life and death situation” and, called on international community to urgently send a fact-finding delegation as China prepares for a deadly crackdown on Tibetan demonstrators in Tibet .

The Tibetan Prime Minister also claimed there were at least 100 Tibetans confirmed killed during the week long protests in Tibet and several more remaining unconfirmed. “We are extremely concerned that there is every possibility of a huge massacre of Tibetans ” he said.

Rinpoche has constituted a five-member committee under the chairmanship of the speaker of their parliament to coordinate the ongoing worldwide agitations in a peaceful way.A five-member information monitoring committee has also been formed to collect and update information on the latest situation in Tibet.

The Prime Minister has made a fresh appeal to the United Nations and the international community to persuade China not to resort to force in to the peaceful protesters in Tibet to surrender. He has also appealed to the Red Cross to make arrangements for providing medical aid to 400 Tibetans injured in the recent turmoil. He said his government and Tibetan envoys in foreign countries were in touch with leaders of the big nations to exert diplomatic pressure on China to stop using force against Tibetans. In reply to a question, he said he had a communique with the Chinese authorities to normalise the situation in Tibet but no positive response had come from the other side. “We are also in touch with the Indian leadership in Delhi for help,” he said.

Meanwhile, protest rallies continued on the streets of McLeodganj showing signs of growing frustration over China’s alleged crackdown on Tibetan dissenters. Processions, candle light vigil and fasts by Tibetans had become a routine.”Tibet belongs to Tibetans”, “China out of Tibet”, “What we want? We want freedom” were some of the commonly raised slogans during the regular protests here.Thousands of Tibetans gathered at the McLeodganj square in the morning and raised slogans against China. They also blocked traffic on the main roads leading to the town, but the local authorities managed to restore traffic only after a few minutes. There was no unprecedented incident reported from the town.Tibetans burnt an effigy of the Chinese President and flags of China. They were also carrying banners against hosting of Olympics in Beijing. Deputy speaker of the Tibetan parliament Dolma Geri said the Tibetans living here and elsewhere in the world were worried about the fate of their fellows in homeland.