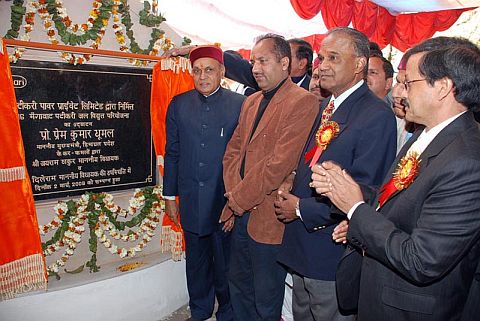 This is first of many Hydro Electric Projects being executed by Everest Company in the Private sector to the nation at the project site Gudah, near Pandoh in district Mandi. It is constructed at a cost of Rs. 114.20 crore and would generate 78. 02 million units per annum and provide 12 % share of 9.36 million units annually to the State.

Dhumal said that State had about 21000 MW hydel potential for exploitation, out of which major share was yet to be exploited.