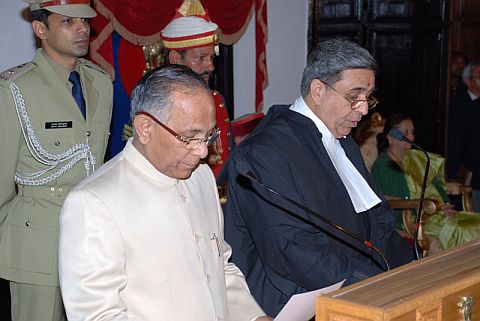 Shimla: Justice Jagdish Bhalla was sworn in as 19th Chief Justice of the Himachal Pradesh High Court at the Raj Bhawan here today.

Governor V.S.Kokje administered the oath of office and secrecy to Justice Jagdish Bhalla as Chief Justice of H.P. High Court.