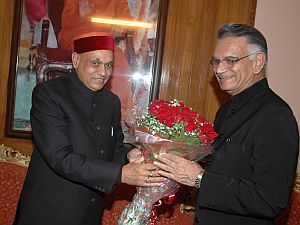 He said this after his meeting with the Union Home Minister Shiv Raj Patil in New Delhi. He added that one battalion of exclusive men and second battalion will comprise exclusive women force only, which is to happen for the first time in the state to have one such exclusive women IRB battalion.