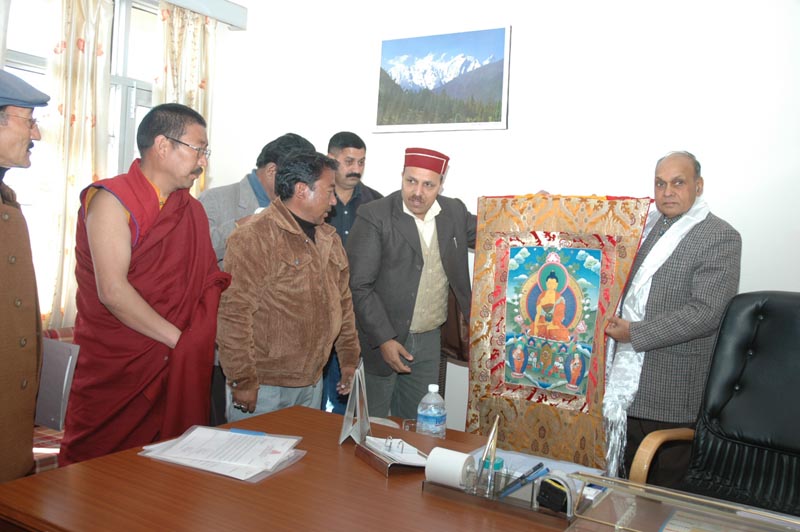 State Government would extend all possible help including financial assistance to the Tangyud Gompa Buddhist Society, Kaza of Lahaul and Spiti district for organizing Kalachakra scheduled to be held during month of June, 2008. The assurance was given by Prof. Prem Kumar Dhumal, Chief Minister to the delegation of the society headed by its Chairman Dr. Ram Lal Markandey, MLA Lahaul-Spiti which called on him at Dharamsala today.

His Holiness, The Dalai Lama would deliver sermons during the Kalachakra at Kaza and large number of devotees were likely to attend the sermons.

Dhumal said that efforts would be made to fly helicopter services from Kaza-Delhi-Dharamsala and Shimla etc. to facilitate high paying tourists.