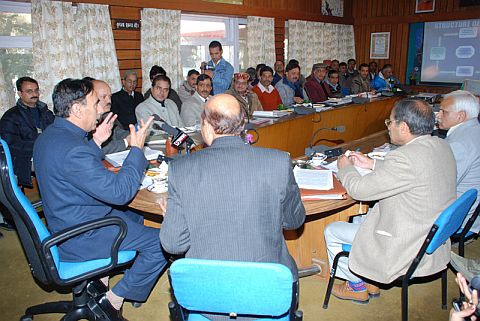 Shimla: Presiding over a meeting of Horticulture officers Narendar Bragta, Horticulture Minister, said that about 7000 hectares of additional area would be brought under horticulture during 2008-09 in Himachal Pradesh.