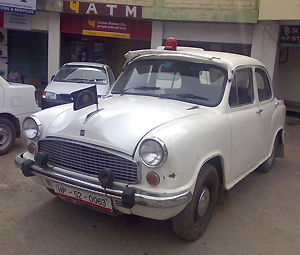 Shimla: On Saturday, a VIP ambassador car numbered HP-52-0063 was captured in the camera, when it showed disrespect to the flag. The car was parked but the flag on the car was not dropped â€“ the flag was of Legal Services Authority.