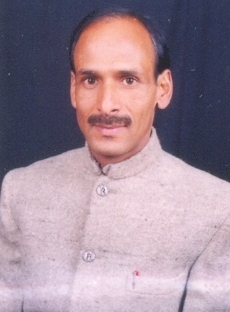 PALAMPUR: Ravinder Thakur, Himachal Pradesh Irrigation and Public Health Minister said here today that before the onset of summers, state government would initiate necessary steps to check the drinking water crises in the state. He said long term strategy would be formulated to regulate supply of drinking water in the state particularly in the water starved areas.

Addressing media persons in the local PWD Rest House here this afternoon new IPH Minister in BJP government said despite the fact that over 90 percent villages in the state had been provided potable drinking water still the state was facing shortage of water to the extent of 20% to 25%, which is a serious matter. To meet this challenge the BJP government had planned that in next two years, all villages in the state would be provided potable drinking water.

Thakur said out of total 45367 villages in the state over 400 villages were left without potable drinking water. He said besides, over 8000 villages in state were getting inadequate supply of drinking water, therefore, the water supply schemes in these village immediately needed augmentation of the existing set up. In some of the schemes the augmentation works had already been taken up by the department and the remaining schemes would be covered in the next financial year.

Minister said all Executive Engineers in the state would be told to personally visit the water shortage pruned areas and initiate necessary steps in this regard before the onset of summers.

In reply to a question, Minister said government had no plan to make hike in the domestic water charges. However, it could levy user charges on all commercial establishments in the state since they could afford to pay it easily.