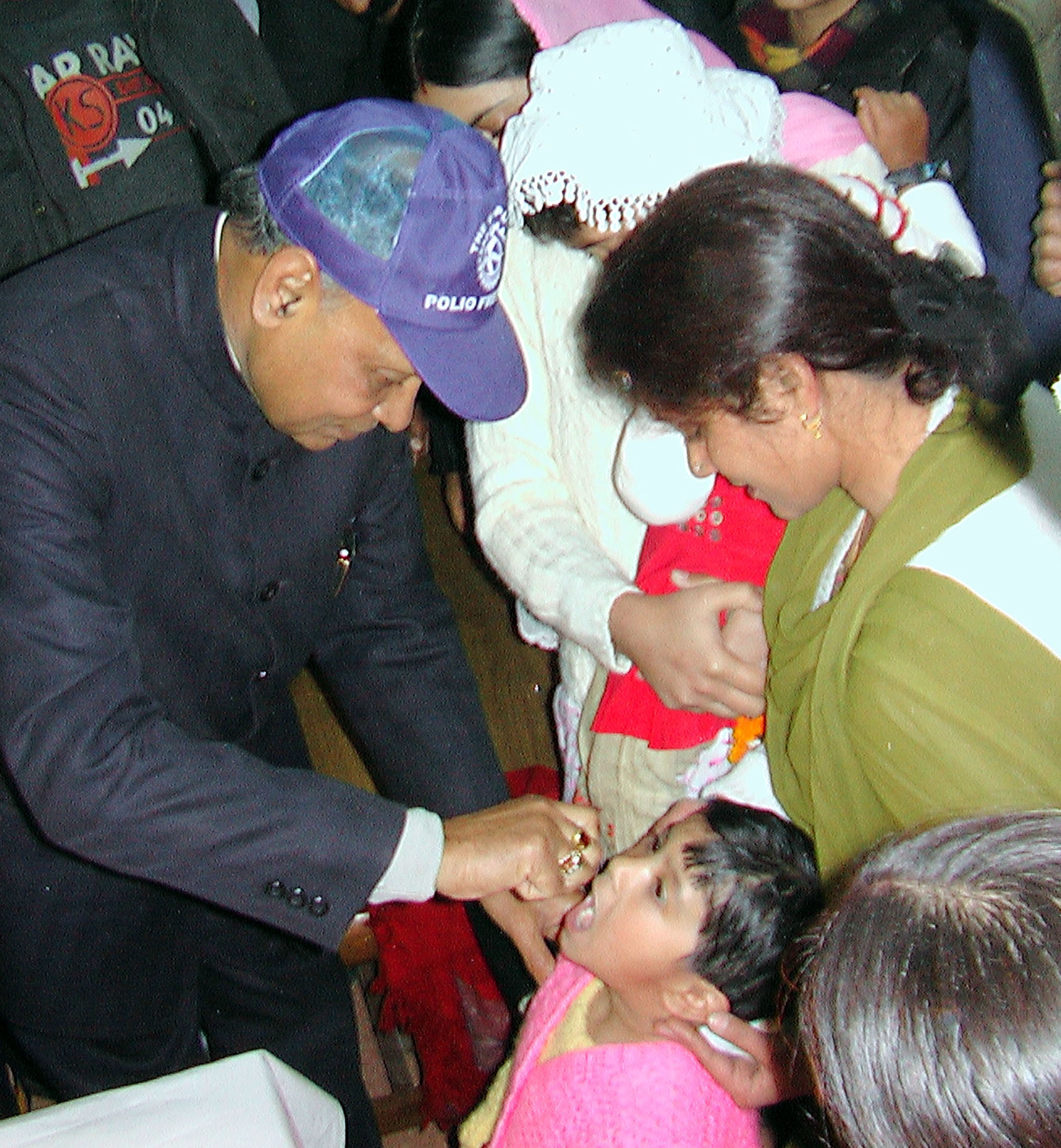 HAMIRPUR: Himachal Chief Minister, Prem Kumar Dhumal launched the 1st phase of the Pulse Polio Immunization Campaign in the State by administering pulse polio drops to children at Bachat Bhawan in Hamirpur today. Instead of delivering speech, he spent his time in immunizing the children against the dreaded disease.

In his absence, Dr. Gian Chand, the Director of Health service, Himachal Pradesh read out the speech saying that the Intensified Pulse Polio Immunization Campaign had been launched in the State under National Rural Health Mission targeting the identified 7,31,875 children in the age group of zero to five years of age. He said that 5,855 polio booths had been set up all over the State besides pressing into service 93 mobile teams and 86 transit teams. He said that 24,461 persons had been deployed to cover every child in the State.

He said that house-to-house campaign would also be launched on 7th and 8th January, 08 to ensure that no child was left uncovered. He appealed to the people to take benefit of the programme and get their children immunized against the crippling disease of Polio, which is a highly communicable viral disease.

He emphasized the need to cover the migrating population by visiting the families at their work places to administer pulse polio drops to the targetted children.

Dr. Gyan Chand, Director, Health Services welcomed the Chief Minister and detailed out the arrangements and preparations made by the department to achieve the target. He also appealed the people to cooperate with the authorities in making the campaign a grand success.

Earlier, while addressing a largely attended public meeting at Kakker village in Bamsan assembly segment of the Hamirpur district, he said that the state government would endeavour to make the recruitment process to various vacancies more simplified for the initial screening tests with a view to save the applicants from spending money on completion of codal formalities.

He said that cumbersome recruitment procedure to various vacancies would be simplified and application with self-attestation would be entertained for admission to the initial screening tests. He said that the unemployed would not be burdened with application fees and supplying of various documents and added that all such requirements would be required to be completed by the candidates who qualify the initial screening tests.

Chief Minister said that the honor and status of the politically victimized employees would be restored and process had been started by revoking the suspension and unnecessary transfers of the victimized employees. He said that all cases of such employees would be reviewed and decided on merit so that justice was delivered to the affected people. He said that the State Government would not act in haste and review every case individually so that employees who suffered due to political vindictiveness were granted whatever was due to them. He assured the employees that there would no more be any political victimization and best cordial relations would be maintained with them to create suitable environment for best working environment with mutual understanding and cooperation to effectively implement the policies and programmes of the State Government.

Subedar Sadhu Singh, Chairman, Gram Kendra, Kakker welcomed the Chief Minister and congratulated him for becoming Chief Minister for the second time. He said that Prof. Dhumal had made not only people of district Hamirpur but entire State proud since he was a common man.